What Is Labor Day 2019, History, Things To Do, Quotes, Images

The workers’ claim was clear: a request to reduce the workday to 8 hours when “normal” was to work between 12 and 16 hours. The protest initially carried out by 190,000 workers, soon led to a powerful national strike that affected many factories in the United States. The strength demonstrated by the workers in their claim marked a before and after in the history of all workers, establishing that date as “Labor Day”

Labor Day, also known as International Workers’ Day, is celebrated on May 1 almost everywhere in the world. It is a celebration of the world labor movement in commemoration of their social and labor struggles. May Day, as it is also called, is considered as a day to demand labor claims or make improvements to workers’ conditions.

It was declared as a commemorative date at the Labor Congress of the Second Socialist International, held in Paris in 1889, in recognition of the martyrs of Chicago. At present, this day is commemorated in practically the whole world, although, paradoxically, in the United States, where it originated, its equivalent celebration, Labor Day, is celebrated on the first Monday of September. Today, the celebrations for May Day are considered as the origin of the modern labor movement.

The martyrs of Chicago are the origin of the May 1 commemoration. They were some leading unionist workers of the anarchist tendency that mobilized the workers to demand the reduction of the working day to eight hours.

In the United States, in those years, the working hours could be extended to 18 continuous hours, is that the company or employer was fined only when they exceeded that limit without just cause.

The workers, however, considered that this was unfair, and requested the reduction to an eight-hour day, in which the employee could use the rest of his time at rest (eight hours) and in family, chores, and leisure (eight hours).

Thus, in 1886, the workers threatened to start a strike if the employers did not agree to the petition. The strike began on May 1.

In Chicago, one of the cities with the largest workforce in the country and where working conditions were precarious, the strike went on for several days, clashes between police and protesters, several dead and dozens injured.

In Chicago’s Haymarket Square, on May 4, the tension reached a high point. An explosive device exploded, there were dozens of arrests and injuries. Among those arrested, eight were found guilty, and of them, five went to prison and three were sentenced to death.

They were baptized as the martyrs of Chicago, for their sacrifice in the struggle for labor demands of the labor movement. To them is dedicated on the first day of May.

Finally, it was achieved that the employer sectors agreed to implement the eight-hour workday, which lasts until today in much of the western world.

Labor Day – Important Events and Things to Do:

Labour day is an internationally celebrated worker’s day on the 1st of May and people celebrate it with a public holiday.

In this article, I have gathered for you my best, unique and big collection of labour day wishes, quotes, greetings, and messages 2019.

Now you do not have to produce or think of any labor day wishes as I have already done the whole work for you.

A good and dedicated worker is a blessing to the nation. You being one of them, I wish that your efforts will be rewarded. Happy Workers day.

The fact is that a bad day at work is better than a happy day doing nothing for your people. Happy labor day.

On this Labor Day, am taking this chance to wish all the workers a nice day with their loved ones.

The best price that nature offers to people is a chance to work. It offers you a chance of making things happen and at the end of it get a reward. Wishing you a good day ahead.

It’s only through hard work, efforts and resolute courage that our nation keeps on moving. I am writing this to make all the workers know that their efforts are appreciated. Happy labor day.

I am taking this chance to wish each and every worker a happy and a safe day off to celebrate their efforts. Happy day.

Here is another day of rest for all the hard working citizens. It is through your efforts that this country keeps on growing. Happy labor day.

We now have another chance to sit down and celebrate the labor that builds up this beautiful land. I wish all the workers a good and a blessed labor day.

Am usually thinking that there should be more than one day a year honoring the efforts of hard-working workers like you. Have a great day.

This is a good day to celebrate the fruits of your labor. It is now a time to rest and reconstruct ourselves for a busy term. Wishing you a good and a blessed labor day.

Best wishes to you and your loved ones as we celebrate this day. It is a day that everyone is given a good chance to celebrate their own efforts. Have a good day.

The best way to make a good day during this public day is to spend a good time with your family and make them recognize how hard you work to sustain the family. Happy and a blessed labor day.

Labor is the first thing that was paid for. It is not through any other effort that you see everything in this world. Take it as an opportunity to work harder for yourself and the growth of your country. Wishing you a blessed labor day.

The fact is that hard work doesn’t guarantee success but it increases the chances of making it in life. Today is a special day to celebrate your hard work and for this reason, am wishing you a nice time with your family and friends.

I wish that this coming labor day will be full of joy and happiness. It’s an opportunity to spend some time with your family and friends. Have a great labor day.

This day is marked to honor all the builders of a nation and you are not an exception. Am wishing you a nice day ahead.

The reason why this day is marked every year is to celebrate those people who wake up in the morning and sleep late making a living, building a family, building the nation and building themselves. You are a hero. Have a great labor day.

Am taking this opportunity to wish the person who labored the entire year a happy labor day. Celebrate wisely.

When you wake up to get to work, just know that we value your efforts. You wake up to build the nation and that’s why I take this opportunity to thank you for that. Have a great day ahead.

We all agree that there’s no achievement that is possible without persistent work. Today is a special day that we are celebrating our efforts and the contribution to building a nation. Have a great labor day.

I believe in the dignity of labor, I believe that everybody contributes in one way or the other to make something happen, whether, by head or hands, you are our hero. Have a blessed labor day.

You deserve a great celebration for taking us this far. This is your day, the day to relax and reconstruct your energy for tomorrow. Have a nice day with your loved ones.

The parcel of individuals in the United State on this national holiday investigating about labor day 2019 occasions close me today we are simply going to reveal to you which occasion are progressively happy and those that you should join. Underneath we were given the rundown that you need to tap on them and get the entire detail from their official sites.

On each holiday or celebration, there is the enormous deals on products offered in the entire United State. The parcel of huge limits has been offered on numerous things that we use in our day by day life like sleeping pads, furniture, or different family units. The greatest deals have been given us for the happening to labor day that we are likewise going to celebrate.

Joe Biden Net Worth was born in New York City and has spent most of his life in the media and entertainment industry. He...
Read more
World

The upcoming presidential election of the United States of America is considered by many to be the most consequential political event in all of...
Read more
Breaking

India reported a record daily jump of coronavirus infections on Saturday, bringing the total near 3 million and piling pressure on authorities to curb...
Read more
Breaking

15th August marks the Independence of India and we wish India A Happy Independence Day. In this post, we will be sharing the best...
Read more
Bollywood

Bollywood actor Sushant Singh Rajput has died by suicide according to reports in the Indian media. Rajput had been residing at his apartment in...
Read more
Bollywood 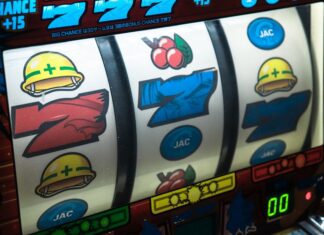