If you are active on social media you must have heard of the latest trend VSCO girl. Are you curious about what that actually means? VSCO girls are the latest trend that has become popular among teenage girls. A VSCO girl is basically a girl who has a particular fashion taste and love accessories. What does it mean to be a VSCO girl and how to become one? If you have been wondering about that then you are in the right place. Here is everything we know about the VSCO girl trend.

What is a VSCO Girl?

VSCO is a photo editing application that is loved by teens all over the world. The app allows the teens to set a filter on their photos that gives a beachy and golden hour feeling and vibe to their pictures and videos. It basically gives them a laid back look and these filters have been highly popular all over social media sites. Platforms like Tik Tok and youtube also have filters with the name of VSCO filters. You don’t have to do anything extra to become a VSCO girl because it is just a filter offered by a photo editing app. The application is widely used by middle schoolers and teenagers. The VSCO girl is supposed to be environmental friendly so she is carrying a plastic water bottle with her all the time.

How to become a VSCO Girl?

What is gaining the most attention among the younger generation is that becomes the latest trend of today and VSCO girl is one of those trends. So what does a VSCO girl actually look like? Basically she has a skateboard under her arm and has that casual bun as her hairstyle. Scrunches are back and you can become a VSCO girl even if you don’t have your hair tied up. You just need to have a few scrunches on your body and you are good to go. You must wear an oversized Tee-shirt and it should be long enough to cover your shorts.

It must give an image that you are just wearing your T-shirt. A choker necklace with some cool shoes would give you the ultimate appearance of a VSCO girl. When it comes to makeup natural makeup with a toned down base and blush would be perfect. A lip gloss topped up on your lips would complete your look as a VSCO girl. The VSCO girl appearance is meant to be effortless. It should look like the girl didn’t make much effort on her look and just grabbed a few things and hopped in her jeep to head towards the beach.

The concept and look of the VSCO girl isn’t just restricted to the VSCO app. The popularity of the app has made the popular app Tik Tok add a filter of VSCO girl. The filter includes a water bottle with stickers. Another filter has a girl with a side ponytail along with a lot of scrunches tied to her. The filter was included in the Tik Tok application on August 30th and ever since that filter addition we have seen hundreds of Tik Tok videos with the filter. It seems as if every teen girl wants to transform into a VSCO girl.

Fashion is never complete until it adds Bvlgari sunglasses to the picture. Designer shades break the boundaries of ordinary and allows you to dream...
Read more
Health

Nowadays coronavirus has become very threatening; in fact, people are afraid of hearing the name of it. Some people want to take information about...
Read more
Life Style

COVID-19 started in China but spread to a lot of countries worldwide. There were some countries where the virus was spreading in a more...
Read more
Life Style

Everyone loves to travel but due to coronavirus many people have either delayed or canceled their trip altogether. The tourism industry is also facing...
Read more
Health

How to travel safely during coronavirus?

Traveling from one place to another can increase the chances of getting and spreading COVID-19. Staying home as much as you can is the best...
Read more
Life Style

How To Get Working Papers During Coronavirus?

Working papers are also known as employment certificates and nearly all students are in the age group of 14-17 must-have these papers if they...
Read more 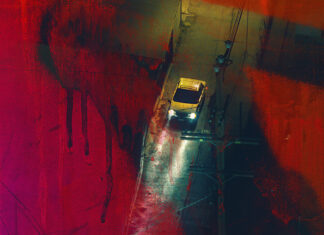 Bushra - Modified date: January 27, 2021
Night stalker is an impressive horror series and it has got very scary and mysterious vibes. There are very few horror movies that make...