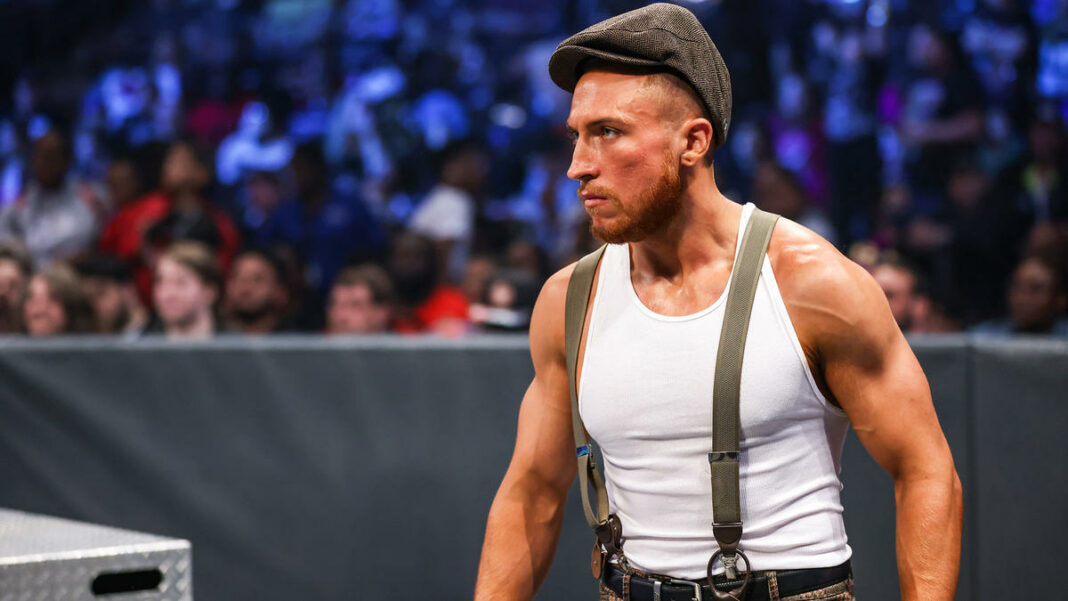 Butch who is popularly known as Pete Dunne ‘The Bruiser weight’ is ready to entice the audience once again. Whatever you call him is up to you, but it is hard to challenge his versatility. This ‘WWE SmackDown’ star has a lot to offer and loves to make changes in his entire WWE career frequently. He has managed to engage all the fans as the aggressive and rambunctious Butch character. On Friday Night he has posted something new on the social media. The former ‘NXT UK’ champion is hinting that we may see a lot more of his traits. Here is more to this story:

Butch Teases Return Of His Next WWE Gimmick 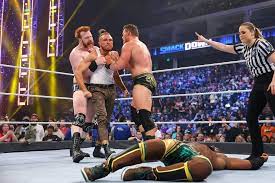 Butch is planning something innovative and new for his wrestling fans. He plans to bring some of his previous gimmicks that will happen on the main roster soon. Over this weekend he posted a picture from his time in ‘NXT’ and that too as the Bruiser weight. His character Pete Dunne has become very popular among people already. However, he will still like to make some changes in the character and entice a lot more fans.

If you check out the photo it also showcases his current teammates. They include Ridge Holland, setting up Oney Lorcan. They are going for a slam as Dunne simultaneously kicks him instantly. Two important men of the team Oney Lorcan and Danny Burch have now departed from WWE. They both were attacked by Dunne and Holland on September 7th, 2021 edition of WWE NXT. This happened right after they lost their ‘NXT’ tag Team Championship to MSK.

Holland and Dunne will remain to be a duo on ‘SmackDown’ under the tutelage of Sheamus. Collectively they are popularly recognized as ‘The Brawling Brutes’.  These three men have their joint perspective that every night is perfect for the brawls. They all are regularly featured on the blue brand and exciting fans like no other. However, they were absent on the last Friday’s episode possibly setting the stage for Butch. He will now bring back his vicious Bruiser weight character that he has used in the ‘NXT UK’ for about 685 days.

For both Sheamus and Holland it will be interesting to see what they are up to. They may receive character tweaks now that Triple H is in charge at WWE. He has already made creative changes to IYO SKY, Karrion Kross, Scarlett, Dakota Kai, and others.

Liv Morgan Tease With A Major Change In Her Look 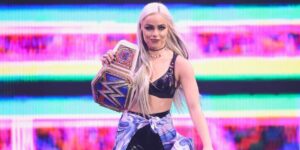 Liv Morgan is a popular wrestling star and is ready to tease the audiences with a major change in her look. The ‘SmackDown Women’s Champion has talked about it on the social media and posted a photo on Twitter. She is sporting brunette hair and you can check out the several eyes emojis in her post on twitter.

Shortly after that Live writes ‘Stay Tuned’ and responds to Fiona Nova. She will be the host of G4TV” and an avid WWE fan. If this isn’t enough she has voiced her thoughts to go for a change in look instantly. Live has changed her look several times over the last few years in her WWE career. She first debuts as a blond in ‘NXT’ in 2015. For now she will be donning variants of pink hair and as a member of Riott Squad.

In 2019 she decided to switch back to her pink hair. However, this was to celebrate the Breast cancer awareness campaign that month. Later in that previous year she decided to dye her hair blond. At that point she was being introduced on the WWE TV as CJ Perry’s alleged lover. Since then she has been a blond and getting compliments from everywhere.

As Liv is changing her look it is a good way to represent herself as the serious title holder as well. Several former wrestlers and fans are now questioning her credibility as a champion though. Both Ronda and Baszler are referring to her as a ‘Paper champion’ all across the social media.