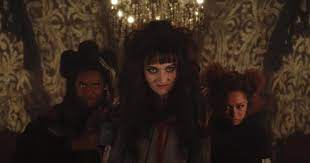 Netflix is the talk of the town these days. Stranger Things is out and is at the top of the streaming charts. There are a lot of new releases this year and the fans are excited about the upcoming shows. The first poster for The School for Good and Evil has been released. The makers shared the new poster for The school and Evil on the official Twitter account. We’ll likely be getting more news about the show in the coming months. We have gathered all the latest information about the Netflix The school for Good and Evil.

The School For Good And Evil Plot 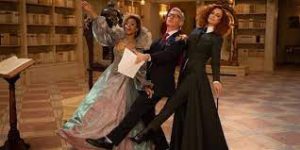 The school for good and evil is set in the village of Gavaldon. It is about the two misfits and best friends, Sophie (Sophia Anne Caruso) and Agatha (Sofia Wylie). They shared the unlikeliest of bonds. Sophie is a lover of fairy tales and dreams of escaping her ordinary village life. On the other hand, Agatha, with her grim aesthetic, is in the making of a real witch.

The film takes a new turn when one night, under -the red moon, a powerful force sweeps them away. They suddenly find themselves at the School for Good and Evil. This is when the true story of every great fairy tale begins. However, something is amiss from the start. Sophie drops into the School for Evil which is run by the glamourous and acid-tongued Lady Less.

Agatha in the School for Good is overseen by the sunny and kind Professor. The show revolves around navigating classes. A dark and dangerous figure (Kit Young) comes and the mysterious ties to Sophie reemerge. She threatens to destroy the school and this changes the rulebook entirely.

The School For Good And Evil Cast 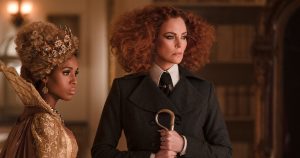 The School For Good And Evil Release Date