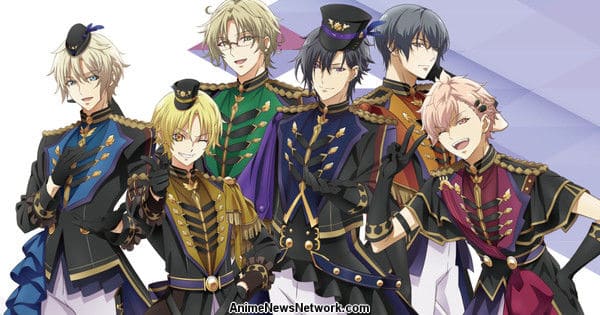 Tsukiuta. The Animation Season 2 was all set to release in 2019 but got delayed due to some technical and production delays. The anime series was then scheduled to release in April 2020 but due to COVID-19, the scheduled release date has further been delayed. The fans are disappointed as they can’t wait to see what the makers have in store for them. The anime series is similar to Band Idols and is gaining a lot of attention by the female fans. If you are a fan of Tsukiuta and are curious to know more about season 2 then read this post. You will get to read all the new updates regarding season 2. Get to know about the character details, release date and all the other spicy updates about the anime series.

What is the plot of Tsukiuta The Animation Season 2?

Tsukiuta. The Animation Season 2 plot revolves around the story of 12 men who are idols by profession. They are always in the public eye and find it hard to spend a normal life. The anime series portrays their daily life like how they have fun and how they spend their time at school. The show has gained a lot of attention and fans of idol groups love the anime series. The season 1 was a success and now the second season is long-awaited by the fans.

What are the characters and casts of Tsukiuta The Animation Season 2?

A group of male idols have been scouted by Tsukiuta Entertainment. The idol group is called Six Gravity and is getting famous and popular.

He is a happy go lucky guy who is friendly with his group members and also his rival group members. He gets discouraged sometimes but he cheers himself up and gets back on his feet. He has a short height and he is not confident about his height and often feels that he might not look like a dependable person because of his short height.

Kisaragi Koi is a friendly person and he is great at socializing. He has a lot of friends in both genders and is loved and appreciated by his friends at school. He gets along well with his staff and members.

Mutsuki Hajime is blunt and acts like a king. He is the leader and has a bold personality. He is the top student in his school and knows how to speak English very well. He has a great physical appearance and is the most impressive and cool guy at his school.

What are the important characters in Tsukiuta The Animation Season 2?

What is the release date of Tsukiuta The Animation Season 2?