Gameforge has released a new video trailer for their latest video game Trigon: Space Story. The trailer shows some important details about the locations in the virtual world. The video game shows off some of the far reaches of space that the players will be exploring in the game. In this post, we will be sharing all the details about the new video game

Trigon: Space Story’s new trailer highlights the cosmos in real life. The cosmos is both beautiful and dangerous. The players will enter the game as a team and will create worlds, galaxies, nebulas, and more. The space and the planets are really cool and post a fair bit of harm. The trailer shows locations for a minute and a half. The team takes you on a quick tour around and shows off the galactic neighborhood. The players will be able to get familiar with new locations and environments that they will be going through throughout the game. You can catch the trailer to witness the action yourself.

Trigon: Space Story will be released sometime in 2022. The exact release date of the game is not out yet. We will inform our readers about the latest updates about the game. 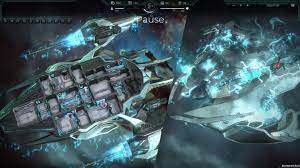 Trigon: Space Story places players in the captain’s seat. The video game will consist of a fully upgradable starship. The players must manage everything from weapon systems and engines. They will be given the day-to-day tasks of the ship’s crew. The video game will be a procedurally generated universe and will offer plenty of scope for exploration. The video game will consist of four chapters of the story campaign. You will have to face nine sectors each containing 10+ individual systems. The players will Outfit each ship with more than 70 different weapons. They will play from the perspectives of four highly unique species. Each species will have its own quirks and advantages.

Read More: Beholder 3 To Launch On Steam In Early March 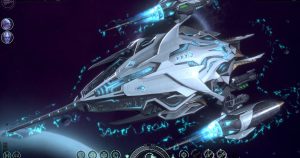 • Oh Captain, My Captain: the video game will display a show out and it’s up to you to lead and inspire your crew. You will make life or death decisions and will design the most badass ship in the galaxy.
• Build the Best Ship in the Stars: Outfit your star cruiser that has more than 70 types of weapons.
• It’s a Culture Thing: Multiple species, each with their own unique qualities will face you
• Decisions, Decisions…: the players will find a damaged ship with a crew that needs rescuing. If you take the noble route and save them then you will be able to beat every level.
• A New Adventure Every Time: A procedurally generated universe will force the players to learn, adapt, and craft new plans to ensure victory.
• Stellar Stories to Unfold: the game consist of a story mode that consists of four chapters. The video game will include four different perspectives. New species will come in the way of the players. They possess their own quirks and will have their own part to play in the overarching plot.