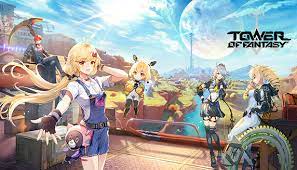 When will Tower Of Fantasy Released?

Tower of Fantasy will be released for both PC and mobile devices. The game will be open for the pre-loading officially on August 9th. The release will be followed by the launch of the game on August 10th at 5 PM PDT. As of right now, there is a lot of time to pre-register for the video game. You can also pick up a bunch of rewards for the game if you pre-register for it.

What is the story of Tower of Fantasy? 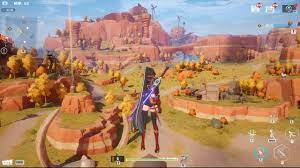 Tower of Fantasy is set hundreds of years in the future. The game will feature a distant planet of Aida. The open-world, anime-infused sci-fi adventure will revolve around the already a hit with gamers in China. In 2022 gamers from all around the world will get to join in and enjoy the thrilling action.

In Tower of Fantasy, the dwindling resources will a lack of energy. This has forced mankind to leave earth. They will migrate to Aida which is a lush and habitable alien world. Over there they have observed the comet Mara and have discovered mysterious and unknown energy. The powerful energy is called “Omnium” and will give power to the players.

They built the Omnium Tower and want to capture Mara. Due to the influence of Omnium radiation, there is a catastrophic disaster that is all over the new homeworld. The video game will be set in this devastated and post-catastrophe world of Aida.

What Is The Gameplay Of Tower Of Fantasy? 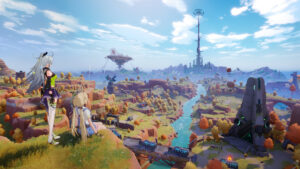 The players will embark on an adventure and will take on the enemies. You will be responsible for the future of humanity and will take part in the task to save the world. You will be able to experience an anime-inspired gaming style.

The players will get to experience the post-apocalyptic sci-fi art style. You will be playing a freeform character and will play around with several immersive objectives. If you are looking for a video game with exciting combat, then Tower of Fantasy is for you. It will take you through thrilling battles and will take you on a journey of exciting open-world exploration.

The game will be free to play. It has been developed using Unreal Engine 4. Tower of Fantasy is a mixture of action-RPG. It is an open-world game that will tell a major narrative of the game.

The Omnium Tower is at the center of the story but the game will allow you to travel through a “vast alien world that is full of beautiful open vistas. The virtual world will be filled with imposing futuristic structures”. You can enjoy it as a single-player and will get to enjoy co-op gameplay.

One of the things that you will be able to do during the CBT is try the multiplayer feature. The game will allow the players to team up with a party of other players. The multiplayer allows a maximum of four members.

What are The Major Features of Tower Of Fantasy?