Top Boy Season 4 Release Date, Cast, Plot And All You Need To Know 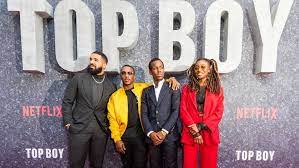 Top Boy will be making a return to Netflix. The third series was released in 2019. Top Boy was canceled by Channel 4 but it returned with a third season in 2019. After multiple delays due to the COVID-19 pandemic, the highly anticipated show will be returning with a fourth season. Here is all you need to know about Top Boy Season 4.

What Is The Release Date Of Top Boy season 4?

Top Boy season 4 will be coming to Netflix on 18th March 2022.  Season 4 will consist of eight episodes. The series’ stars Ashley Walters and Kano (Kane Robinson) shared a short video and revealed the production of season 4. This is what they said in the short video:

“Yo people, what you saying? It’s your boy Ashley Walters. I’m not gonna stay here and talk for long, I don’t need to – you know what time it is,” a masked Walters said on set. “You can see the mask, you can see where we are so we’re obviously shooting Top Boy. You asked for it, we gave it to you.”

Is there A Trailer For Top Boy season 4?

A trailer for the fourth season of Top Boy has been released by Netflix. The explosive trailer teaser of the drama is available on Netflix.

Who is in the cast of Top Boy Season 4? 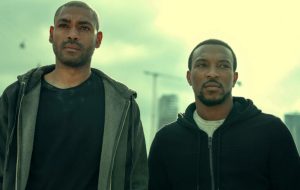 At the end of the third season, Dushane wanted to do a partnership with Jamie. He is now behind bars after he took the fall for a crime that he didn’t commit. He did so to protect his family. Dushane and Sully’s friendship is also on the line because Dushane framed Jamie’s brothers. This new partnership could create a lot of tension between the pair. Season 3 also revealed that the addicts Sarah and Lee were actually undercover agents. They are investigating Dushane. In season 4 the current top boy will feel the heat. Top Boy’s creator and writer Ronan Bennett have revealed that future episodes will continue to explore a sensitive side to Sully.

Is Top Boy ending after season 4? 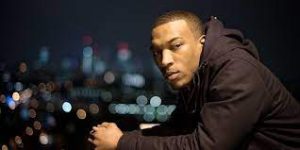 Top Boy was scheduled to release on Netflix for two seasons. The first one was released in late 2019 and the second is due later this year. The streaming service hasn’t revealed that season four will be the last. There are high chances that the fifth season will be announced. Netflix has always been hesitant to reveal new details about the show. The show is a success and the audience is loving it so a season 5 may be announced soon.