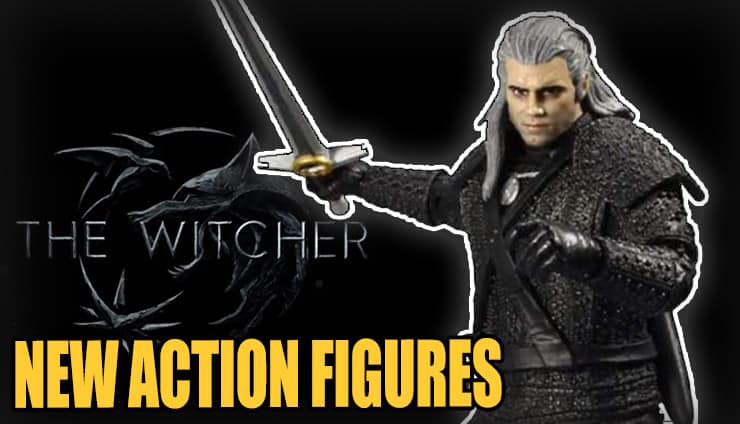 The Witcher is a fantasy television drama series. The series became very popular with audiences all around the world. The makers have released the Witcher Season 2 recently. The series airs on Netflix. The Witcher Season 2 is finally here and is giving more on-screen action of Geralt of Rivia, Ciri, and monsters. McFarlane Toys has revealed the Netflix figures for the fantasy drama. In this post, we will be telling you all the details about the action figures.

Mcfarlane Toys is excited to announce a new wave of Season 2 figures which will include The Witcher himself. The action hero will be accompanied by his horse sidekick. Roach will be a Megafig and it will be fully posable. The figure will even store Geralt’s, Silver Sword. The Witcher himself will be a 7-inch tall figure and will have 22 points of articulation. It will be accompanied by a steel sword. Both figures are with detail, and the fans of the show are excited to see both together taking on monsters. 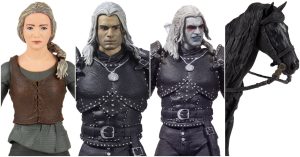 McFarlane Toys may release more monsters that will help showcase these hunters in action. The Witcher Season 2 figures are available for pre-order already. The Roach will be available at $41.99, Geralt at $31.99, and are all set to release in April 2022.

The Witcher Season 2 will focus on the witcher Geralt who is a mutated monster hunter. He struggles to find his place in a world where people are proved to be more wicked than beasts. 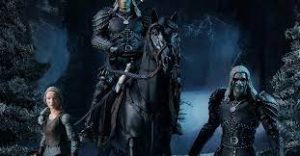 The Witcher Netflix Geralt of Rivia Season 2 will be a 7-Inch Scale Action Figure. He is highly detailed and possesses up to 22 points of articulation. Geralt will be armed with a steel sword and a base. We will be able to spot his armor that will enhance his appearance in Season 2 of the Netflix series.

The figure will also be showcased in The Witcher-themed window box packaging. The Witcher will also be known as the White Wolf or the Butcher of Blaviken. When he was a child his mother Visenna abandoned Geralt at the Witcher’s home. Kaer Morhen trained to become a monster slayer.

Witcher Netflix Season 2 Roach Megafig Action Figure will feature Geralt’s horse which is seen in the Netflix series. Roach will be a fully articulated horse and will possess a full range of posing and play. The horse will be equipped with a Geralt’s silver sword. Roach is the name that Geralt will give to each and every horse. He will come with many different horses. A black stallion will be taking on the reigns like the current Roach.