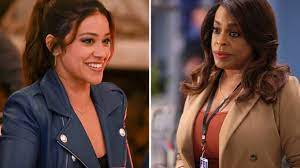 Niecy Nash-Betts‘ Simone Clark will be officially returning to our TV screens once again. The Rookie: Feds, will be a spinoff from ABC’s popular Nathan Fillion-starring series. A lot of other promising superstars will be joining her in the spin-off series. Nash-Betts and Frankie Faison will be joining the cast. Christopher “Cutty” Clark and Felix Solis will appear as Special Agents in the show. Here is all we know about The Rookie: Feds so far.

The first official teaser of the Rookie: Feds has been released. It will be taking us back to the connection Clark and Fillion’s John Nolan made when they worked on the two-part case together. 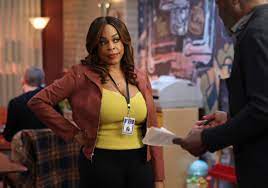 The Spinoff series has been Co-created by original series creators Alexi Hawley and Terence Paul Winter. Both of them will be serving as the executive producers of the show alongside Nash-Betts, Fillion, Mark Gordon, Michelle Chapman, Bill Norcross, and Corey Miller.

Alexi Hawley will be writing the script of the show. He will also be producing the series along with Mark Gordon, Fillion, Michelle Chapman, Jon Steinberg, Bill Norcross, Terence Paul Winter, and Rob Bowman. The Rookie is a co-production of the Entertainment One (eOne) and ABC Studios.

The spinoff was introduced as a two-part event in the fourth season of “The Rookie. The show revolves around Officer John Nolan (Nathan Fillion) and the L.A. division of the FBI. They enlist to help Simone Clark when one of her former students becomes a suspect in a terror attack.

The ABC’s The Rookie will be a mystery thriller and will revolve around John Nolan (Fillion). The show highlights the efforts of the oldest rookie in the LAPD. He has used his life experience and determination to fight the cases.

He also has a great sense of humour and keeps up with rookies who are 20 years his junior. At the end of his training, Nolan is facing the biggest challenge as a police officer yet. He must come to terms with the choices that he made in the past to pursue the truth. 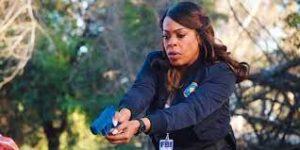 Guest stars for the spin-off series include:

The release date for the Rookie: Feds is not out yet. The fans are still waiting for the official confirmation of the release date of the spin-off series.