The Baby is an upcoming TV series that HBO is going to launch soon. The latest HBO drama might change the perception towards babies and mothers. The series has a unique plot and will make you wonder about a lot of new viewpoints that you haven’t had the chance to explore before. The latest offering by HBO is coming out soon and we have gathered all the information about the latest venture offered by HBO. Let’s get to know more about it.

What are the latest updates on The Baby?

The Baby is a dark comedy and explores the mind and emotions of women when she plans to have a baby. It explores motherhood in a different light and explores the anxiety and tension women face when they think about having babies. The series highlights the question of whether one should have babies or not. The powerful and unique series The Baby is written by the screenwriter Siân Robins-Grace, who has also written Sex Education before. The series will air on HBO Max and the channel has scheduled eight episodes of The Baby. The show will be co-produced by Sky One. A premiere date for The Baby has not yet been announced.

What is the Plot of The Baby? 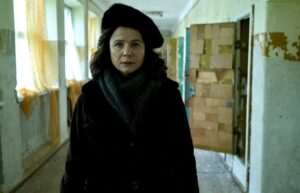 The Baby is about a 38-year-old woman Natasha and how her life turns upside down when a baby lands in her life. Her life takes a new turn and her freedom gets spoiled badly.
The baby is controlling, manipulative, and comes with violent powers that mess up her life. The baby twists Natasha’s life and her life becomes nothing less than a horror show. She doesn’t want the baby but the baby needs her. The HBO and Sky co-production have created the series and it is written by Robins-Grace and Lucy Gaymer who were the Production Managers for “Gangs of London,” “Liar”. The series has also been produced by SISTER and Proverbial Pictures.

Who is in the cast of The Baby?

The cast of The Baby hasn’t been announced as yet. The only thing we know as of now is that the lead character will be called Natasha. Who will play the character is not yet decided. There are some popular actresses who have been approached to play the lead character but the names of the actresses haven’t been revealed to the media. As soon as we get any updates about the cast of The Baby we will inform you about the cast details.

The Baby: When is it out?

The series that is a co-production between HBO and Sky will be coming out in 2021. The Baby will start filming in the UK in 2021 and we can expect it to release sometime in the middle of 2021.  The premiere date hasn’t been revealed as yet. There are rumors that the production process for The Baby has already started and the makers are planning to approach various popular actors for playing the lead characters. Stay tuned to this space if you want more information about the series.