Why Netflix have Dropped White Lines After Just One Season?

If sources are to be believed lead actor Daniel Mays has confirmed that there will be no new season of White Lines. It came as a huge surprise for many as the season one was very successful among the audience. The series was written and developed by Alex Pina and the same person is behind the success of another Netflix series the money heist.

White Lines is an intense story and has action, suspense, and drama all at once. The background of the series is set within the ’90s and the shooting has been done in Manchester too. There is a club in Ibiza where the entire story takes place. We have got all the details on why Netflix dropped white lines just after one season.

Will there be no new season for White Lines? 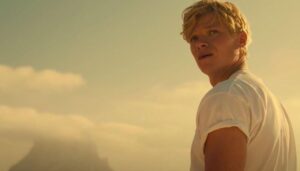 According to the lead actor Daniel, it seems that Netflix has decided that there will be no new season of White Lines. It seems very strange that even though the series was a hit why it was canceled suddenly. Some people are even thinking that maybe there is some problem with the producers and channel persons so that is why this decision was taken. There are many others who are clueless that why this is happening.

It is a bit of tragedy that the show lasted only for two months and the cast will be missed too. Many people are still hoping that due to on-going demand for the series Netflix may change their minds. Every twist in the story was mind-blowing and everyone hoped for a new season to arrive soon.

What is the Plot of white Lines? 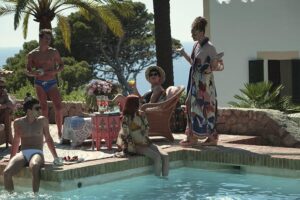 White lines revolve around the story of a woman who tries to uncover the death mystery of her brother. Her brother was a famous DJ at a bar in Ibiza but disappears many years ago. The British Spanish series was loved by the audience as it had a good storyline and good performances by the leads. The ending was season one was quite clear for the audience and we also get to see who the real murderer of Alex is.

When the story has too many twists people love to watch it with their family and friends. They have a lot to discuss the storyline or how it will go further. It’s bad that the series is not going to come back or else there was a lot of potential in the story to move forward. The scenes where the woman decides to go for finding out her brother are very heart touching. The characters have a depth in their roles and you will notice as soon as you watch it.

Who is in the cast of White Lines?

White lines season one was a big success thanks to the cast who performed so well and is still remembered by everyone. Let’s look at the cast names below and you can also let us know who your favorite among them is.