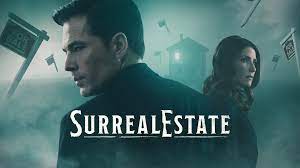 We have some great news for fans of the SurrealEstate: SYFY. A lot of announcements have been made a number of announcements earlier about the release of the show. SYFY has confirmed that the paranormal drama will be releasing the second season soon. Let’s find out all the new details about the show.

SurrealEstatel SYFY will be releasing its second season in 2023. The exact release date of the series has not been revealed as yet. The makers are yet to announce the month and date of the arrival of season 2. We will keep this space updated and will let our readers know about the release date soon. 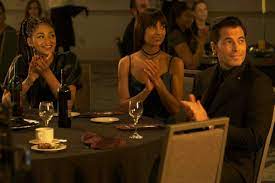 SurrealEstate has been developed by showrunner George Olson and Blue Ice Pictures. The producers of the show are Olson, Lance Samuels, Daniel Iron, Armand Leo, and Danishka Esterhazy. You can take a look at the Season 2 trailer for SurrealEstate of the show and get to know more about it.

SurrealEstate follows the life of the real estate agent Luke Roman. He is an elite team of specialists and handles cases that no one else can. The agent inspects haunted the possessed houses that scare the would-be buyers away. He researches and investigates the houses to help the buyers move into the house without any issues.  Luke along with his team bump in the night and create closure as they struggle with demons of their own. 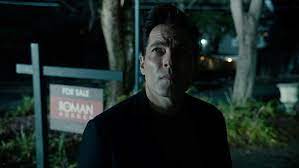 SurrealEstate cast includes some of the best actors from Hollywood.  Rozon’s Luke Roman plays the owner of The Roman Agency. He works for the eponymous real estate firm which is specializing in “metaphysically engaged” properties. The real estate agent has gained a whispered reputation as someone who is able to sell the haunted houses that nobody else can.

Levy plays Susan Ireland, who is an enormously successful realtor. She is a realist who thinks that ghosts don’t exist. Korson plays Father Phil Orley, who is a research specialist at The Roman Agency. He has decided to combine his keen research abilities and understands spiritual matters well.

Wint plays August Ripley, who is a technology specialist. He is working at The Roman Agency and creates devices that can detect, evaluate, and dispatch a home’s ethereal occupants.

Basley plays Zooey L’Enfant, who is the office manager at The Roman Agency. Read Megan Donovan plays a medical student who has inherited a house from her grandfather. Some doubts creep into her current relationship. The stress of her medical school increases, and she looks to sell this new home.