There is a new story coming in from the WWE world. It looks like Stephanie McMahon will be stepping away from WWE very soon. Earlier this month she made her decision to take a break from her role as Chief Brand Officer for the company. She has pointed towards her family as the biggest reason for taking a break. Maybe she wants to concentrate on her family. However some reports reveal there is more to this story. Here are more details regarding Stephanie:

Stephanie McMahon to Take a Break from WWE 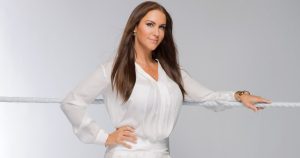 There are plenty of updates coming up from WWE. Some updates about Stephanie may seem vague that she will be taking a break from the company. Other reports claim that it is a very private and personal matter that contributed to her move. She claims that she was wants to spend some time with her family.

In the recent episode of “We’re Live Pal,” Andrew Zarian, Dave Meltzer, Bryan Alvarez, and Garrett Gonzalez discussed her matter too. Zarian delivers new insight on what could trigger the departure of Stephanie. Even her fans are curious to know more about the real story behind this exit.

“[I had a] very bizarre conversation, I’ll tell you that. I didn’t expect that phone call. It was a phone call that kind of veered into a discussion about Steph. So I asked and I was like, ‘Hey, anything I could add to this? What’s going on?’

“And, you know, some of the comments, I was shocked. One being that people internally, and this is coming from someone in the know in WWE, this wasn’t like a guy in catering, the comment was that internally, there was doubt put on Steph, her abilities as an executive. Stephanie appeared on WWE TV for a promotion recently. She introduced Olympic gold medalist. If this isn’t enough, she got the chance to sign up WWE talent Gable Steveson during night one of “WrestleMania 38”.

Off the television Stephanie is responsible as the Chief Brand officer for nearly a decade now. She is praised for her hard work with many awards like Corporate Leadership Award. The March of Dimes’ 38th Annual Sports Luncheon has been a big achievement for her. Similarly she is perfect as Ad week’s 2021 Most Powerful Women in Sports. Here is what Zarian has to say about her:

‘’And a lot of this started after she absorbed some of Michelle Wilson’s responsibilities after she left, one being ad sales and sponsorship. And the comment that I found interesting was that they mentioned that the investors were questioning why they weren’t performing as well. And internally, there was some questioning as to why that wasn’t performing.”