Splinter Cell Anime Releasing on Netflix: Jon Wicks As The Writer On Board

Netflix has announced its upcoming and latest anime production Splinter Cell. The series is the adaptation of the video game “Splinter Cell” and will be releasing an anime of the same name. The anime series is going to launch in association with Ubisoft. Ubisoft is a streaming giant that has produced a lot of anime series before. Splinter Cell will be an entertaining anime and the fans cannot wait for it to release. We have gathered all the latest updates about Splinter Cell. Read on to know more details.

Who will be supervising Splinter Cell Anime?

Derek Kolstad, who is known for their previous work for writing the “John Wick” will be joining hands with the rest of the team. Derek has written the film franchise John Wick which was a huge success. He will be working as the writer and executive producer for the Splinter Cell series. Netflix and Ubisoft have not given an official statement regarding his contribution and has declined to comment on the writer is a part of the venture.

What was the first Splinter Cell game released?

The first “Splinter Cell” game debuted in 2002 and received universal acclaim from the critics. The game had massive sales and was a huge success.

Read more: The Best Zombie Movies You Must Watch

What is the plot of Splinter Cell? 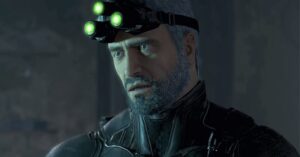 The game Splinter Cell is the story of a former U.S. Navy SEAL worker Sam Fisher. The game follows his life after he has been recruited by the NSA. Sam is in charge to work for the Third Echelon division which is mysterious. He is recruited to work within the agency.

The game sees Fisher engage in a number of black ops missions, employing stealth and military tactics. This spinoff will be unique and will be adapted into an anime now. The game has already launched six sequels. The game has been adapted into many series of novels.

Is there a Splinter Cell Film in the making?

A film based on“Splinter Cell” has been in the making for many years now. Tom Hardy will be starring as the leading man in the film. He has been attached to the film since 2012. The project has been inactive dor sometime now so we can’t expect the film to release anytime soon.

What are the other projects of Ubisoft?

“Splinter Cell” is not the first series that Ubisoft has been producing. The giant gaming house has done a lot of interesting work before and has created the Apple TV Plus series “Mythic Quest.”

Ubisoft has a wonderful and skilled team and the popular and professional names such as Rob McElhenney, Charlie Day, and Megan Ganz are some of the most skilled team members of Ubisoft.  The team at the game development studio is talented and they are responsible for creating many popular games such as “World of Warcraft” and other role-playing games.

The World of Warcraft was a major success and was renewed for season 2. Ubisoft is also is the name behind the super popular game “Assassin’s Creed”. Ubisoft will be teaming up once again for creating a masterpiece called Splinter Cell and the fans cannot wait for it to release.