Ubisoft Has Announced The Release Of Skull & Bones This November 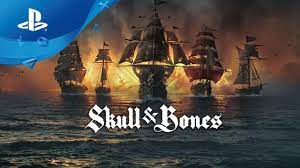 After a lot of rumors and speculation about the release of Skull and Bones, the confirmation details about the release of the video game is finally out. Ubisoft finally revealed Skull & Bones release date. According to the latest updates the game will release this November. Today during their annual Ubisoft Forward event, the company showed the upcoming open-world pirate survival multiplayer title of their new game. Let’s find out all the updates about Skull and Bones. 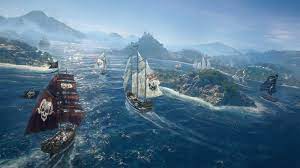 Skull and Bones will allow the players to take on life at the sea. They will be carving out their own path. Everything in this game will be yours and you will be taking all the tasks swiftly at every level. All the wins will come with a price and that might be too high. If you don’t take any risk, then there is no reward.

It will be up to you to carve your own destiny. You will rise from being an outcast on the streets and will become the pirate king. The players will take on the task of building up their Infamy, and will take on ships in naval combat. You will also go off on several expeditions across the world.

The game is very much like the deadliest period in history. It is set at the end of the 17th century. The video game is considered to be the second Golden Age of Piracy. It is set on the stage for a chaotic and ruthless era of pirates. The warring factions, powerful organizations, and empires will all be looking for power in the untamed paradise of the Indian Ocean.

Each journey in the Skull and Bones universe will be different and the players will be able to expand their empire. The players will be joining forces with up to two other friends. They will encounter out at sea and will be up for an additional challenge. The players can enable PVP and test their iron against aspiring kingpins.

Skull and Bones will be released on November 8th, 2022. The players will be able to take on all the challenges of the video game this November. 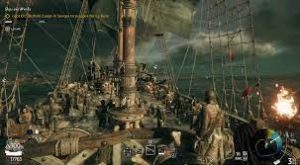 The tasks will vary at different levels of risk and reward. The players will be able to fully craft and customize their naval fleet. You can unlock a variety of new items throughout the game. The world of Skull & Bones is a treasure game that will allow the players to explore as they sail to the Indian Ocean. The players will Experience the dark and dangerous seas and will be awarded weapons that will allow them to beat their foes.