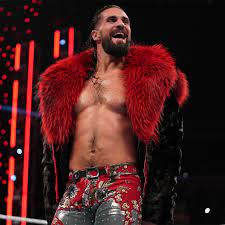 WWE Star Seth Rollins has given all the wrestling fans wonderful performances during his career. He recently spoke with Josh Martinez and revealed about the wild suits he has been wearing for a while. The character of Drip God has been popular and gotten over with the WWE universe. Seth has revealed the reason why he created this character and what’s the story behind him. Many officials and wrestling fans believe that he is one of the top WWE’ heels. His current gimmick seems evil for many and is much more than wearing ugly suits. If you want to know more details about this story read on below: 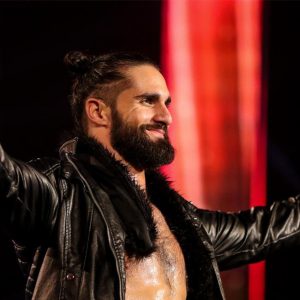 Seth Rollins has been the top guy in WWE world since the inception. Since his debut he has remained indisputable. However many believe that his current wardrobe is lacking in many ways. He needs a lot more than just this flashy wardrobe. Here is what he has to say:

“Basically, it was just kind of felt laborious to watch it and sit through it because there wasn’t a lot of fun. “So, thinking back to the characters of my youth and the guys like the Nature Boy Ric Flair, the Macho Man Randy Savage, and Gorgeous George further back. Guys like that where they were just peacocking all the time,” he stated. “I wanted to find my own version of that and make it fun to hate somebody. So, I just thought it would be totally different from what I’ve ever done, and so here we are.”

Seth Rollins talked about his character in detail Seth Rollins got the chance to talk about his character in detail. He even compared it with an iconic move character. Here is what he has to say:

“If the Joker were a narcissist going through a midlife crisis. I guess that’s the best way to really put it,” he stated. “I don’t really know any other way to really do it, it’s a lot, there’s a lot happening. But the cool thing about the character is it can go any which way. “There’s a lot of unpredictability with it, I think that’s fun,” Rollins explained.

“You can have matches like a Hell in a Cell with Edge, but you can also have television segments where I just laugh with my best friend Bayley for five minutes. I just think there’s not a lot of characters on our television program that can do all these different things. So that’s my approach to where I’m at right now.”