Scott Hall Passes Away At 63 WWE has announced officially that Scott Hall has passed away. All his fans will be shocked to know that he passed away at the age of 63. The company has given him a tribute at tonight’s RAW broadcast with a graphic. Everyone will watch this video where a lot of memories will relieve. If this isn’t enough, WWE has also tweeted on their official twitter account about this news. Top wrestling stars also started pouring in their tribute to Scott. Here is more to this story:

Contents show
1 Scott Hall Passes Away
2 What happened to Scott Hall?
3 Hall of Famer Season Waltman pays his tribute to Scott
4 When did Scott Hall pass away? 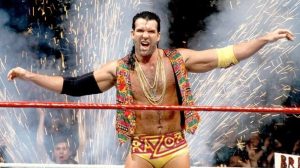 As we have previous discussed that Scott Hall has passed away at the age of 63. Everyone in the WWE world is sad to learn about this news. Here is what WWE’s official twitter has tweeted the details:

“WWE is saddened to learn that two-time WWE Hall of Famer Scott Hall has passed away. WWE extends its condolences to Hall’s family, friends and fans,” they tweeted about the man who is popularly known as Razor Ramon.

What happened to Scott Hall? 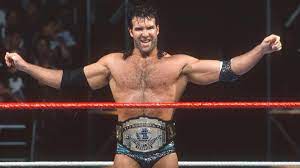 As reported by WWE, Scott suffered from a broken hip due to a fall this month. He had to go through a surgery to heal his hip. However post-surgery a blood clot was dislodged. Due to this he suffered three heart attacks last weekend. His friends and colleagues are sad to know about his sudden death. All the fans of Scott are also disappointed to hear this news.

Scott’s longtime friend and colleague, WWE Hall of Famer Kevin Nash posted a touching tribute for him. He was sad to reveal that his best friend has been on life support before his death.  However he was then removed from the life support system around 12 noon in the afternoon.

Hall of Famer Season Waltman pays his tribute to Scott

Season Waltman is another good friend of Scott. He has been giving a lot of updates regarding Scott. According to the latest updates the WWE star was breathing till 4 pm today. He was on life support earlier but the doctors removed it after some time. However after few hours, WWE has officially announced that Scott Hall has passed away.

When did Scott Hall pass away?

Scott Hall passed away on March 14th, 2022 at 6:16 pm. All his wrestling fans will be sad to know about his demise. It is revealed that his surgery was the reason of his death. Everyone in the WWE knows that he has worked hard to come at the top of the game. He rose to fame in the 90’s and is popularly known as ‘The Bad Guy’ inside the ring.

His professional wrestling career has been quite good. With this death an era of WWE comes to an end. Do let us know how you feel about this news. Send your thoughts in the comments section below.