Ric Flair is a popular wrestling star who has made many records till date. He is a 16 time world champion in Wrestling. Currently he shares a tie with John Cena as the wrestler with most title wins in the history of wrestling. You will not be surprised to know that Ric has dedicated five decade long career in this field.

He usually plays an over the top character and a wrestler that can win any kind of challenge inside the ring. The best part is that he believes in keeping the crowd entertained. Ric participated in a retirement match about 14 years ago at the Wrestle Mani 24. However, he lost to Shawn Michaels. Here is more to this story: 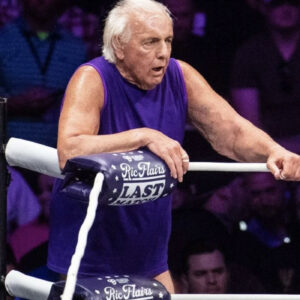 Ric participated in a retirement match 14 years ago. This is what marked the ending of his career too. However, he planned not to stay retired and following this match he complete another 16. Majority of these matches took place in TNA that is now known as Impact Wrestling. Ric wrestled for his last match on a 2012 episode of ‘Impact’ but lost to sting. Nearly all the matches in his career are special for him and his fans.

“The Nature Boy” planned to come out the retirement one more time. It happened over a decade later at the age of 73. Starrcast 5 headlined his last match event. However many thought it is a dangerous attempt due to all the health problems he suffers. The legendary wrestlers is having some medical issues since last few years. During his return he had to suffer for the same. Here is what he says:

“I don’t think people realized that I passed out twice,” Ric Flair said in an interview on “To Be the Man” podcast. “My regimentation for training was so strict that I kept my weight, I wanted my perfect weight to be like 220 going in … I didn’t hydrate because I had it in my mind that I had to weigh 219.

Anyway, I went to the ring at 217 pounds and what happened during the body of the match, I just became dehydrated and when I was standing on the apron, I looked at Jay, which started the whole wheel of motion. I said, ‘Man, I think I’m getting sick,’ because I was getting light-headed.”

Ric Flair Suffered A Health Scar During His Last Match 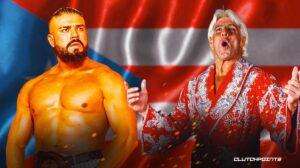 Ric Flair is strong enough to participate in a retirement match despite all the health problems. He teamed up with his son-in-law Andrade El Idolo and the duo defeated Jeff Jarrett and his team. Jay Lethal is the man behind his success and training. He took an important part in all the matches inside the ring. Some of his antics are loved by Booker T as well. Here is what he has to say:

“I saw where Booker T, who is a really close friend of mine, thought it was in bad taste to do [the fake heart attack spot],” Ric Flair said. “I apologize if I scared anybody, but I couldn’t think of any way to reorganize the match.”

“Jeff, out of respect for me, he lifted the top turnbuckle and Jay was going to give me a superflux which would’ve blown the roof off the joint but he was worried about my health, “he reveals. “Rather than look awkward, I came down with him. Then Jay came and he gave the suplex.”  In this match Ric ended up beating Jarrett and Lethal all at once. He has interesting memories from all the matches he has played so far. During a match with ‘The Undertaker’ he suffered dehydration. Here is what he has to say about it:

“It was all dehydration ..Undertaker came running and I had like six beers there and he took them out of my hand and said, ‘You’re drinking two Gatorades.'”