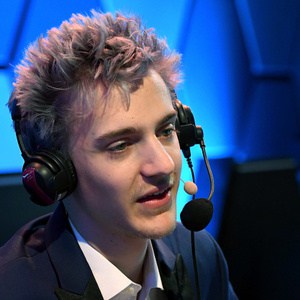 Tyler Blevins, who is popularly known as “Ninja,” is an American internet personality and a gamer. He is an online gamer and is popular for his excellent gaming skills. The gamer has a lot of fans and is appreciated for his skilled gaming skills.

Ninja has an estimated net worth of $25 million. He is popular for playing games such as “Fortnite.  Blevins has around 23.9 million subscribers and has managed to get 481 million views on YouTube. He earns $5 a month per subscription and has an earning between $500,000 and $1 million every month by playing video games. Ninja signed a partnership deal with Red Bull Esports, and he is the first Esports player who has appeared on “ESPN The Magazine. He owns Twitch’s most-followed active channel and has earned his net worth from there as well.

Tyler Blevins’s real name is Richard Tyler Blevins and he was born on June 5, 1991, in Detroit, Michigan. The gamer grew up in Grayslake, Illinois, and was raised by mother Cynthia and father Chuck. He also has older brothers John and Chris who grew up with him. The family is of Welsh descent. Ninja was introduced to video games at a young age and he developed an interest in games since he was a kid. He competed in video game tournaments and joined live-streaming video games when he was attending Wisconsin’s Silver Lake College. 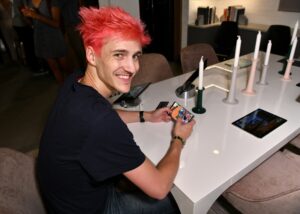 In 2009, Ninja began to play video games professionally, and his debut game was “Halo 3.” He played for various organizations that include Team Liquid, Cloud9, and Renegades. Ninja rose to fame when he started playing “Fortnite Battle Royale. He also became famous on Twitch and gained 1.5 million followers in 2018. Tyler and his family made an appearance on “Family Feud,” and competed with a “Celebrity Family Feud“. In 2019, he appeared on the Fox show “The Masked Singer,” and performed Lil Nas X’s song “Old Town Road” and Devo’s “Whip It“.

Blevins once said that cannot stream with female gamers and wants to protect his marriage. He was also suspended from Twitch for 48 hours after he revealed the address of a donor. He also wrote a racist donation message and shared a screen name that wasn’t well appreciated by people. In 2018, Ninja also left a racial slur on a social media platform and rapped along to Logic’s “44 More” when he was streaming.  He apologized later and stated that did not have any intention to utter that particular word.

Tyler got to know Jessica Goch at a “Halo” tournament in 2010. She is also a fellow gamer and plays games online. The couple started their romantic relationship in 2013. They got married in August 2017 and went for a honeymoon in the Caribbean. Goch, who is now known as Jess Blevins, is also Ninja’s manager. She is also a popular streamer, who has around 224,000 YouTube subscribers and 500,000 Twitch followers.