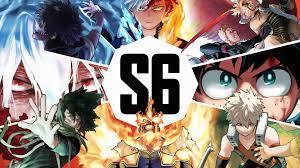 The previous art that was released featured Deku. He was surrounded by his usual green aura. The hero was mirrored by Shigaraki and was designed in dull purple. There were bubbles all around him that showed that he is underwater. This image was a major hint that the main focus will be on the upcoming Paranormal Liberation War. The art also showed how much the characters have changed. It also gives a feeling that how confident and determined their purpose is. 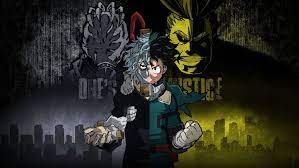 The Pro Heroes will have an impressive and majestic look. They are standing against something big. There are shadows of other Pro Heroes all over the place and mysterious characters are lined up behind.

Hawks doesn’t have his usual confident grin, and there is a serious version of him. This is fair because after the end of last season things had built up in a different way for the Hawks. It is also fair to imagine that things will be going to hell in the show pretty soon.

Read More: Lumote: The Mastermote Chronicles All Set To Launch At PAX East

It is just a matter of time that how bad it will really get. The villains’ version will become even more dreadful. Deku and Shigaraki will be a part of the Paranormal Liberation Front. 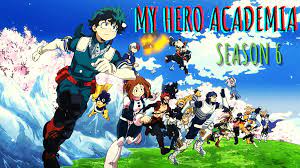 The official trailer for My Hero Academia Season 6 was revealed a few months ago. The trailer revealed a lot about the recent heroes in the series. The tone in the recent artwork is dark and somber.

The artwork image does remind the fans of a scene in the trailer where the two large gatherings of Pro Heroes are rushing towards the Paranormal Liberation Front. The trailer is showing the urgency and strain that is among the players.

The smirking Mirko gives a glimpse into how the villains will act in season 6. The Heroes will be smiling throughout the game. We see the monsters with a very evil grin toward the end of the trailer. Even the Hawks are serious in the trailer. The fans are excited for the upcoming arc animated.

It will delve right into the action and will not let go through the whole season. This arc has been raising all the stakes. It is that moment when the MHA will reach its Azkaban point. There will be no turning back from this point onwards.