Mobile Game Infinite Lagrange To be Released On On June 2nd 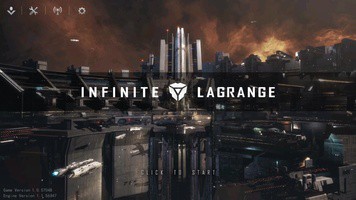 Infinite Lagrange is an upcoming mobile game. It is one of the most anticipated mobile games of 2021 as it has been developed by well-known game developers NetEase Games. The company has launched many video and movie games so far that have been a huge success as well. Infinite Lagrange will surely keep the gamers busy with their mobile phones as the developers have given a lot of hints about how exciting and upgraded this mobile game will be. Here is all you need to know about Infinite Lagrange.

The launch of Infinite Lagrange was pushed back from April but it finally has an official release date now. NetEase Games will be launching the game Infinite Lagrange and it will available for mobile phones in the west on June 2nd. The company revealed the latest information regarding the game during a conference. NetEase Connect 2021 conference was held recently and the developers announced that the long-awaited sci-fi mobile game will be releasing in the United States, Canada, Mexico, Brazil, and others. The game was slated to be released on April 21st but it was only released in Europe at that time. The fans of the mobile game just have to wait for a couple of weeks to enjoy it in the states.

Infinite Lagrange is a sci-fi mobile game that engages the players in an immersive PvE universe. The players will work closely with other players in real-time. Players will be allowed to build a galactic empire and can use a diverse range of diverse fleets by conquering new territories. They can also expand their base and power and construct new territories in the universe.  Several ships can be built to create the ultimate empire. All ships offer realistic settings and make the game look so real. 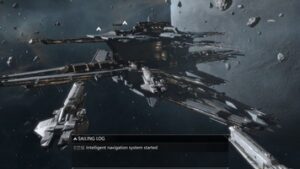 Expand the Territory From 0 to Infinity

The players can expand the territory as full angles are available. They can also expand their base and power and construct an ample universe. You can also find precious minerals to mine and may encounter an array of warships.

The players can find various ship types that offer realistic settings. You can enhance and modify the ships and can unlock many technology trees.

Stunning Graphics of the Great Universe

The upgraded graphics offer 360-degree space sceneries, and you can enjoy immersive space battles in a close-up.

The players can take part in massive battles and can rally with allies to take down cities.

Venture into the Unknown Space

The players can send their fleet and are also expected to encounter unexpected challenges. You can also gain rewards after completing a mission. Seek out treasure, and discover new planets to pass the level.

You can either support or fight against the interstellar forces.

The players can explore new galaxies and can make strategic goals, to get rewards once the missions are completed.

The players can search for treasures in the universe and can find the historical ruins, to explore the brightness of the planets that contain rich mineral resources.