Matt Jackson is a popular wrestler and he believes in giving goof performances. He recently sat down for an interview with Mellissa Joan Hart. The former AEW Tag Team Champion and his wife Dana discussed some interesting things about wrestling. They also talked about the fans of pro wrestling in general. Even though both have positive experience with fans, they have some bad things to talk about too. There is a negative side to the fans especially the ones who are toxic. Unfortunately someone stole Matt’s bag recently. If you want to read the full interview of this couple here is it below:

Matt talks about his experience with fans 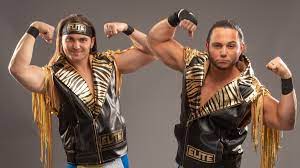 There are different types of wrestling fans and some of them are really good. While there are some that spread negativity due to various reasons. Matt and his wife Dana talk about their experience with few fans. However it doesn’t mean that he is not confident about what he does or how he performs inside the ring. Here is what they have to say:

“The other week, my brother’s bag disappeared,” Matt reveals. “Entire bag, gone. He’s still — he’ll never get it back, like, the whole bag is gone and the number is erased so we think someone’s onto us now at the airports. Like, I think we did a little too much bragging online about, ‘Look, we have all these great expensive shoes‘. I think they found us.”

Matt and Dana talk about the popularity of AEW 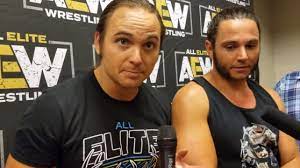 There are plenty of fans who aren’t very fond of Matt. He feels that they are most toxic and are unpredictable too. Here is what he has to say about such fans:

“Wrestling has the most toxic fan base in the world. They’re the worst. Honestly, like, there’s a lot of good fans. The ones that love you, love you. But the ones that hate you, they hate you.”

During his conversation he sifted his focus to AEW. The early development for the promotion has been impressive. Matt and his wife believe that ‘All In’ event has been a major selling point for them. This event took place in Chicago. Due to this popularity Tony Khan was convinced to come up with a new company for wrestling. Here is what he says:

“We just cultivated this, this movement. Like, this giant wave and it got enough momentum and energy, and to get this billionaire’s attention? You know, it’s this billionaire named Tony Khan. I think it all kind of worked out too because we ran this show called ‘All In’ in an arena in Chicago. It was called the Sears Center at the time and we sold it out in 30 minutes’’.

“It was over 10,000 seats and nobody had done that in years. So when we did that, I was already talking to this Tony Khan guy. When we did that, which might have solidified to him like, ‘Yeah, we really should do something with this, like, there’s a market for this.’