Lil Nas X Net Worth, Career, Bio, Personal Life And All You Need To Know 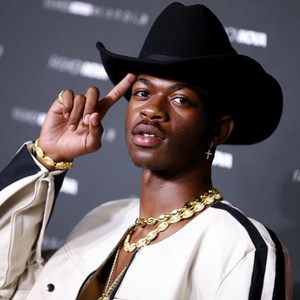 Lil Nas X is an American rapper, singer, and songwriter.  Lil Nas X is well known for his hit single Old Town Road. The song has mixed rap and country genres together and offers a totally unique sound. The single went viral on TikTok, and then it became famous in a number of countries.

Lil Nas has a net worth of $7 million. Lil Nas X has earned his net worth from his successful musical career. He is a songwriter and a rapper and his major share of income come from his music career.

Lil Nas is a rapper and a songwriter but has also earned a position of prominence in the LGBTQ community. He is a homosexual and has admitted it to the world. His fans and other artists have congratulated him, but some hip-hop community also criticized him.

Montero Lamar Hill was born on April 9th of 1999 in Lithia Springs, Georgia. He was raised in Atlanta. His parents got divorced when he was just 6 years old. When he turned nine, he moved with his father to live in Austell, Georgia.

Nas X admits that he had lonely teens and spent his teens alone on the internet. He struggled to come to terms with his sexuality. At the age of 17, he admitted to himself that he was gay. After graduating from high school in 2017, Montero went to the University of West Georgia but dropped out a year later. He focused on his music career and supported himself by working at restaurants and theme parks.

Read more: Disney Plus Obi-Wan Kenobi Plot, Release Date, Cast And All You Need To Know 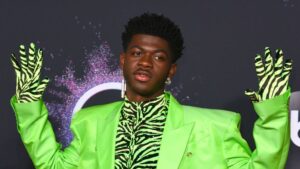 Lil Nas X was passionate about his career in music, but he also gained fame by being an internet personality. The rapper has a large number of followers on different social media platforms. He has over 5 million subscribers on YouTube.

Lil Nas X started to focus on his music career in 2019. He wrote and recorded songs and gave himself a new name Lil Nas X. His name is a tribute to the legend New York rapper Nas. Lil Nas wrote and composed a song and YoungKio posted the song to an online store. The producers earned royalties, as he earned a lot of money from Lil Nas X’s success.

He first recorded “Old Town Road” at a studio in Atlanta and promoted it on TikTok. The track ranked at a top position on the Billboard Hot 100 chart and was also reached to the top of the Hot Country Songs Chart. “Old Town Road” spent seven consecutive weeks at the Billboard charts and the video was also posted on many social media accounts.