Leonard Maltin is one of the most popular and respected film critics and historian of our generation. He recently completed the 30th season with a long running show named Entertainment Tonight (1981). This show has been popular all this time without fail. Many film critics of young generation are inspired by him. If this isn’t enough he is a popular author of many mainstream books that are written on cinema.

Leonard gives a lot of credit to his old movies that come on New York television. If this isn’t enough he has got access to the most famous revival of the City’s theaters. It includes the Museum of Modern Art from where he completed his basic training in the entertainment industry. 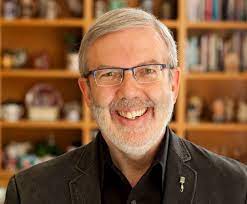 Leonard was born on 18th December 1950 in New York. He was raised in suburban Teaneck, New Jersey. Since his childhood he was drawn towards movies. Due to his interest in entertainment industry he took up journalism as a major in New York University. Following that he became the entertainment editor of campus daily Newspaper.

He along with his friend published their own home-grown magazine when they were in 5th grade. This got a lot of success and evolved into a prominent publication known as “Profile”. It reflected his growing interest in the film history and industry in general. At the age of 13 he started working as a writer. Some of his famous books of that time include “The 8mm Collector”, of Indiana, Pennsylvania. It also involves “Film Fan Monthly”, of Vancouver, Canada.  He continued to publish for ‘Film fan monthly’ for over nine years.

Due to his popular writing style one of his English teacher in high school referred him to a friend. This meeting turned out to be beneficial and he started writing capsule movie reviews. His book got published in 1969 when he was only 18 years old. Even after decades he is still popular for annual paperback reference, “Leonard Maltin’s Movie Guide“. 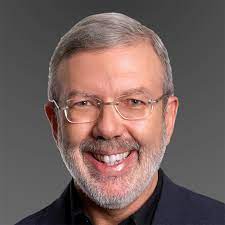 “The Guide” turned out to be highly popular and addictive for the movie lovers. It includes around 16,000 reviews with high ratings and authentic facts of each title. He became unstoppable and introduced a companion volume, “Leonard Maltin’s Classic Movie Guide” in 2005.

He soon appeared on Starz cable network and hosted his radio program named Leonard Maltin on Video. Apart from that he joined another syndicated TV show Hot Ticket. In this show he participated with Boston film critic Joyce Kulhawik.

If writing was not enough he started hosting television shows like Secret’s Out on ReelzChannel movie network. In 2001 he participated in the creation of the Walt Disney Treasures collectible DVD. With his input on various sets a lot of people got to see success.

During the mid-90’s Leonard became the president of Los Angeles Film Critics Association. He is the member of advisory board of the Hollywood Entertainment Museum. For a decade he maintained a position at the faculty of the New School for Social Research in New York City.  In 2018 he started teaching at the School of Cinematic Arts at the University of Southern California. He also hosts a podcast with his daughter Jessie Maltin.

Leonard became a part of an episode of animated comedy called “Mecha-Streisand”. He participated along with both Sidney Poitier and singer Robert Smith. They all had to fight against the character of Barbra Streisand who was like a giant Godzilla-like robot. He gave his voice to Freakazoid episode “Island of Dr. Mystico”.

He also appeared in Gremlins 2: The New Batch playing a film critic. The scene he shot to attack the Gremlins became highly popular. However he still didn’t give a good review to the movie that hampered his relationship with his friend director Joe Dante.

Leonard became one of the very few people to appear as a guest on Mystery Science Theater.  Once again he gave the film Laser blast only a rating of 2.5 stars. As many people watched the movie they were surprised to see such low ratings.

Many people may not know but Leonard is listed in the Guinness Book of World Records. He gave the shortest movie review for the 1948 musical isn’t it Romantic. It is surprising that he gave a three word movie review on horror film spoof, Transylvania 6-5000.

Leonard currently resides in Los Angeles. He is married to a popular producer and researcher named Alice Tlusty. The couple has one daughter named Jessie who is working with him in their production company. Since 2018 things are not going very strong from him as Leonard was diagnosed with Parkinson’s disease.  Here is a list of some awards that he has won: