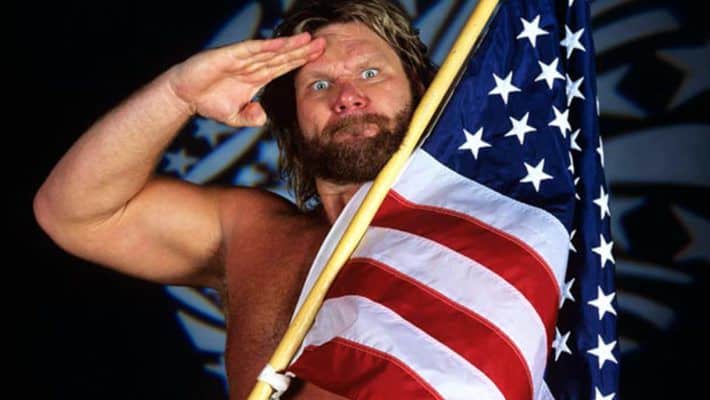 The fans of Jim Duggan are disappointed to know that Jim Duggan had to go for an emergency surgery. His wife Debra posted on Facebook this morning to post a photo of her husband. The show picture showed him in the hospital where he underwent an emergency surgery. Whatever the issue he has, it was not disclosed in the media. His fans have been anxious to get more updates about the hall of famer. If you want to know more about his emergency surgery here are some details: 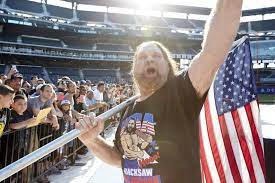 According to the latest update Jim Duggan had to undergo an emergency surgery. His wife posted on her Facebook and asked fans to pray for him.

“Back where we don’t want to be. Please pray for Jim and his doctors as he has emergency surgery this morning. Thank you, Debra.’’ She stated.

Jim is 67 years old and sadly he is going through multiple health issues lately. The real reason of his surgery is not known as yet. Jim underwent a heart surgery in 2019 and was hospitalized for some time. Hacksaw appeared for a recent interview and has assured fans that Jim is doing better than before. He has also worked hard to drop 40 pounds as doctors suggested him. During his last match he was in good spirit and wrestled very well. He has been in good spirit while performing at the Hero Con in Ft. Myers, Florida last weekend.

Doudrop Wants To Be Queen of the People 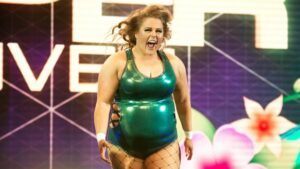 Doudrop is gearing up for some of the best upcoming matches. She wants to add some startling moments in her career after arriving at the main roster.  As she prepares for her upcoming wrestling matches here is what she has to say:

“This is my first huge tournament. It’s definitely the biggest match of my career so far. I’m kind of caught up with excitement and anticipation and a little bit of nervousness, which I know is a good thing because you always want that nervousness so you can keep on your toes. Excitement is the predominant feeling right now’’.

Doudrop talks about the similarities with Vega

Doudrop is inspired to give good performances. She also feels there is a lot of similarity between her and Vega. There are a lot of ways that can help her reign the wrestling world. This could be her beginning for a reign in WWE. Here is what she has to say:

“When people look at me, and they look at Zelina Vega, they think we couldn’t be any farther apart, which I don’t think is true at all. I think we have something very important in common, which as we know looks can be extremely deceiving,” Doudrop mentioned when comparing herself to Vega. “She may only be 5’0″, but it’s five-foot of pure fury. She is as fiery as they come, so I will have to watch out for her.”