Jennifer Lopez And Ben Affleck Get Engaged In A Private Ceremony 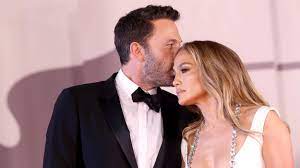 Jennifer Lopez and Ben Affleck rekindled their relationship last year. The latest we hear is that the couple got engaged in a private ceremony. Lopez shared the news in her On The Jlo newsletter. She was photographed wearing an engagement ring and revealed that the ring was her engagement ring.

She revealed the exciting update in an evening email to her inner circle. She also delivered the message to fans recently. Jennifer had a silver band on her ring finger, in a picture shared by her sister Lynda on social media.

Lopez Made The Major Announcement About Her Engagement On Twitter

The “If You Had My Love” singer revealed in her previous newsletter that her favourite colour is green. She stated:

“I’ve realized there are many moments in my life where amazing things happened when I was wearing green,” she shared. “Maybe you can remember a certain green dress.”

Lopez made the “major announcement” about her engagement on Twitter. She shared a video on Twitter that same night.

“So I have a really exciting and special story to share…” Lopez told her followers. She added a diamond ring emoji to her Twitter handle.

Read More: Lord of the Rings – The Rings of Power: Cast, Release Date And All We Need To Know So Far 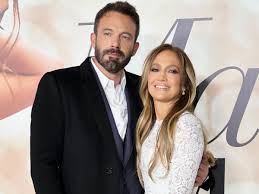 Affleck showed support for his wife-to-be along with his son Samuel and her daughter Emme during an award ceremony. Jennifer recently accepted the Icon Award at the iHeartRadio Music Awards.

Lopez shared her insight about her relationship with Ben with a media outlet:

“We’re older now, we’re smarter, we have more experience, we’re at different places in our lives, we have kids now, and we have to be very conscious of those things.”

“It’s a beautiful outcome that this has happened in this way at this time in our lives where we can really appreciate and celebrate each other and respect each other,” Lopez shared with the media.

“We always did, but we have even more of an appreciation because we know that life can take you in different directions.” 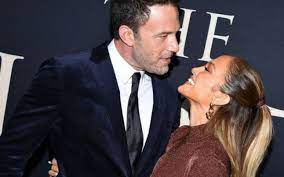 Lopez and Affleck previously dated in 2002. The couple got engaged that November. They postponed their September 2003 wedding just a few days before the wedding day. Ben and Jen called off their engagement in January 2004.

Affleck revealed that she feels “lucky” to have been given second chances in her work and personal life.

“I’ve had second chances in my career. I’ve had second chances as a human being. Life is difficult, and we are always failing and hopefully learning from those failures,” he said. “The one thing you really need to avail yourself of the opportunities provided from that growth is the second chance. I’ve definitely tried to take advantage of that. I haven’t always been successful, but in cases in which I have, they’ve turned out to be the defining aspects of my life.”