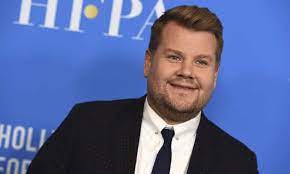 Corden has enjoyed immense popularity in Hollywood. He has been interviewing big stars such as Lady Gaga, BTS and Prince Harry. The talented host has also developed interesting and fun segments like Carpool Karaoke and Crosswalk the Musical.

James Corden has announced that he will be leaving the show and will not be coming on the TV screens as the host of The Late Late Show from next year. The British comedian and writer signed as the host of the show in 2014. In all these years he has gained a lot of success due to his amazing hosting skills. He took over from Scottish host Craig Ferguson and managed to make the show a huge success. 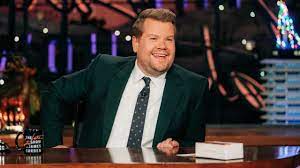 Since 2014 James has hosted the James Cordan show with a lot of success. He made headlines by interviewing some of the biggest celebrities in the world. Fans of various stars like BTS, Adele and Prince Harry were overwhelmed to watch their favourite host and stars together. He also created interesting segments like the Carpool Karaoke and Crosswalk the Musical.

James Corden Will Be Departing From The Hit Show 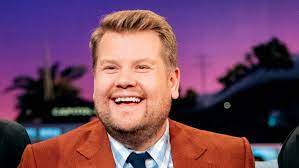 James addressed his departure from the show and told the news portal Deadline that it was a “really hard” decision for him. He also shared that he is proud to have been a part of such a wonderful show.

It has been reported that James has been offered multiple contract extensions that could have easily kept him at Television City in Los Angeles for another five years. Instead of that, he chose to host the much-loved show for another year.

“I’m thrilled to be extending,” he shared. “I always thought I’d do it for five years and then leave and then I stayed on.”I’ve really been thinking about it for a long time, thinking whether there might be one more adventure.”

He spoke to the audience at the filming of the latest episode of the show. Corden said:

“When I started this journey, it was always going to be just that – it was going to be a journey, an adventure. “I never saw it as my final destination, and I never want this show to overstay its welcome. I always want to love making it.

“I really think in a year from now that will be a good time to move on to see what else is out there. We are all determined to make this the best year we have ever had. “We are going to go out with a bang … they’ll be tears, so many tears, ’cause this has been the hardest decision I’ve ever had to make.”

Corden’s Popularity In Other Parts Of The World

After gaining immense popularity in Los Angeles, Corden became a major household name in the UK. He has written and starred in Gavin and Stacey and also hosted the Sky One show A League Of Their Own. Corden is also a successful movie star and appeared in several big films. He was also a part of many musicals, before and after heading out to Hollywood.