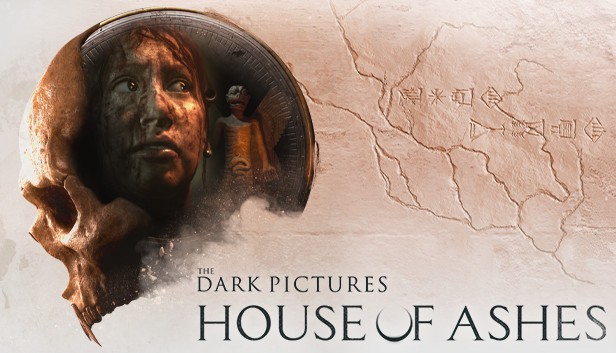 “House of Ashes,” is the third entry in Supermassive Games’ “Dark Pictures Anthology. The video game offers a distinct premise from its predecessors and comes with many new features. “Man of Medan,” will see five individuals who will attempt to navigate the treacherous halls of a ghost ship. “Houses of Ashes” is an action game that unfolds the Akkadian Empire dating back over 2,000 years.

“House of Ashes” is based on ancient history and explores a conflict of the 2003 Iraq War. According to the director of the video game Will Doyle, the latest “Dark Pictures” installment will be a supernatural thriller. He revealed:

“We wanted to show human aspects of their personality and put those aspects under strain,” Doyle said regarding the playable cast, which includes a CIA operative, members of the U.S. military, and an Iraqi soldier. “So, when faced with this absolutely implacable, hostile foe, it naturally brings out the humanity in the characters.”

Here’s what you need to know about House of Ashes.”

When will The Dark Pictures: House of Ashes release? 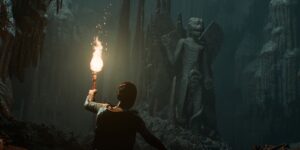 Supermassive Games revealed that “House of Ashes” will release in 2021. They revealed a teaser for the latest video game. The video game will join the “Dark Pictures” lineup in “Man of Medan.” The intriguing, teaser trailer provided more questions than answers.

“House of Ashes” gameplay has been released on May 27. Several key details about the main characters were revealed. Two weeks later, Bandai Namco revealed the official release date of the game. House of Ashes will be released during the Summer Game Fest on October 22, 2021.

“The Dark Pictures: House of Ashes” will release for PS5, PS4, Xbox Series X|S, Xbox One, and PC.

Is there a trailer for The Dark Pictures: House of Ashes? 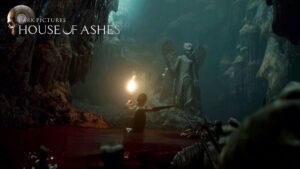 Three trailers for “House of Ashes” —have been released. An Announcement Teaser was released on May 2021. The 49-second Announcement Teaser gives details about the game’s subterranean setting and also gives the first look at CIA officer Rachel King. The longer May teaser gives a comprehensive look at the Akkadian King and her team who are trapped in. The third trailer is two and a half minutes, and it reveals the story of the game. It also contains the “House of Ashes” clips. The developers have also released a montage where you see a small group of U.S. forces in Iraq.

What is the gameplay of the Dark Pictures: House of Ashes?

Supermassive Games revealed the first look at the gameplay in “House of Ashes” on May 27. In 20 minutes, the developers gave a wealth of information about the series. The game director Will Doyle guides the viewers through the footage.

“House of Ashes” is different from the “Dark Pictures” games as it consists of many inhuman monsters. While “House of Ashes” will have new difficulty levels and an easy, medium, and will give no-holds-barred customizable experience.