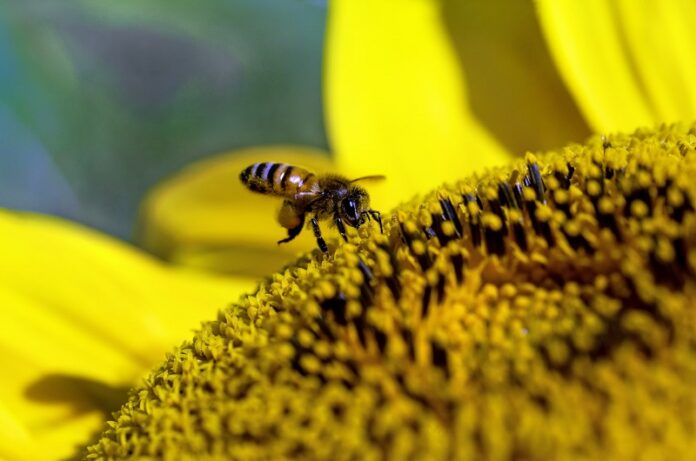 Enjoy your get-together with a slice or two of Honey Baked Ham Glaze! Juicy and succulent on the inside with crispy, charred, sticky edges. Suppose you love serving something delicious right on your dinner table! Bake a honey glazed ham with all the tips and tricks you need right here! For a detailed recipe of Honey Baked Ham Glaze.

Contents show
1 Honey baked ham
2 The Best Ham for the recipe
3 How do you make the best-baked ham?
4 Should you take the rind off?
5 How to remove ham rind
6 Make the best ham glaze

It is effortless to bake a boneless or bone-in ham. Fewer ingredients required and fewer honey glazed ham recipe steps make it something worth trying once in your holidays. It is appetizing when the buttery honey aroma is everywhere around you while it bakes.

Honey glazed ham tastes far better if you bake it home. So leave the idea to buy it from the store. Nothing can replace that delicious sticky glaze that spreads all over your baked ham.

The Best Ham for the recipe

You can pick fully cooked bone-in spiral ham at any supermarket. It will help save you considerable time to bake, and also, less preparation is required for a honey-baked ham glaze. 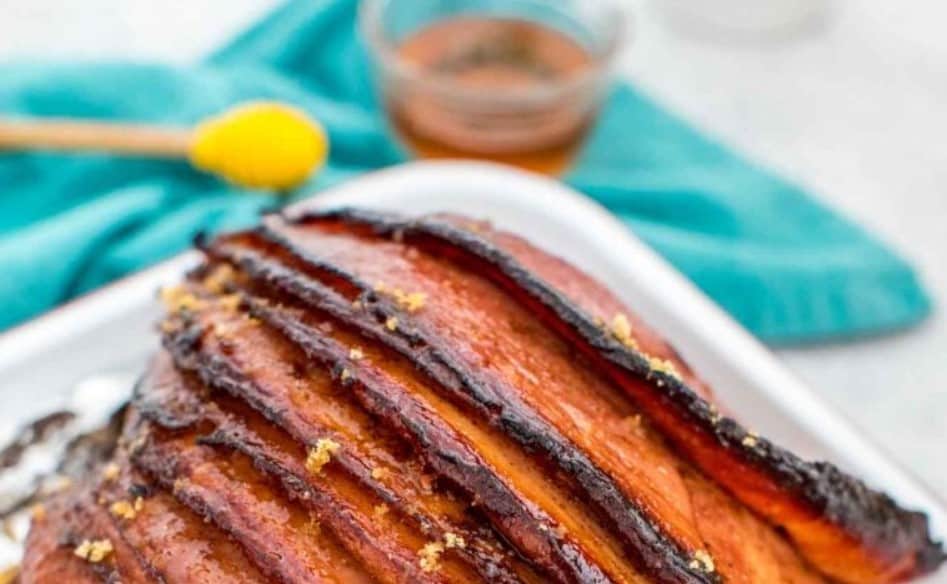 How do you make the best-baked ham?

For this honey glazed ham recipe, you start by putting your ham in pineapple juice. The acidic fruit keeps the ham juicy and moist while you bake it, imparting incredible flavors to mix through with the glaze.

All you need is to Glaze and baste every 15 minutes until you get the fat rendered and crispy on the outside!

Should you take the rind off?

Here comes controversy! Whether you should take the rind off or not. As some found the rind becoming chewy and gummy gradually as the honey glazed ham gets cooler.

Also, the glaze hinders the flavors from penetrating deep inside the fleshy ham.

So, it’s better to take the rind off. When completely cooked, ham rind never crisps even with broiling, baking at high temperature, or deep frying.

How to remove ham rind

While buying your ham for a honey-baked ham glaze recipe, you can see a layer of fat underneath the rind. Instead of trimming this away, keep it as it will come out to be a crispy and sticky coating for the glaze.

For this purpose, you need to:

Start with your glaze right after your ham is in the oven.

You can make a perfect glaze ham out of honey, brown sugar, or using maple syrup. There is a delicious combination between the salty flavor from the ham and the sweet from the glaze.

For this honey-baked ham, you’re going to use butter, honey, and a hint of brown sugar. The pineapple juice’s acid balances out the honey’s sweetness, while the saltiness in the ham provides another layer of flavor.

7 Ways To Reduce Staff Turnover In The Restaurant Industry

A Few Safe Ways to Cook Chicken at Home