Harley Quin Spin-off is an anticipated series for all the fans. The good news is that HBO Max has recently ordered for a spin-off of this popular series. Many people are curious to know more details regarding this project. Makers are giving hints related to the spin-off but it seems viewers will have to wait for the release. This series is tentatively titled Noonan’s and revolves around a Kite Man. Here are more details regarding this series: 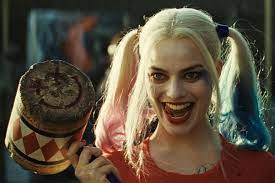 The spin-Off of Harley Quin will feature ten episodes in the entire season. It is currently in the development and we can expect it to be better than the first installment. If we talk about the synopsis here are the details below:

“Lovable loser Kite Man and his new squeeze Golden Glider moonlight as criminals to support their foolish purchase of Noonan’s, Gotham’s seediest dive bar, where everybody knows your name, but not necessarily your secret identity.”

Harley Quinn is based on the DC Comics character that has the same name. It is co-created by Paul Dini and Bruce Timm.  The series is written and produced by Justin Halpern, Patrick Schumacker, and Dean Lorey. Many people are co-producing this series and it will come out as a fantastic masterpiece. Kaley Cuoco has given his voice to Harley Quinn. The series came out in the 2019 and now the season is renewed for a season three in 2020.

Read More: Matt Damon And Ben Affleck Are Reuniting To Write and Star In a New Movie

Harley Quin To Be Back This Summer Harley Quin’s promo first came out at a SXSW panel back in March. The series will come back for a season three sometime this summer. According to the makers these batch of episodes will be more like “big love letter to Batman: the Animated Series.”

It features many original backgrounds from the show. While an appearance by James Gunn will be interesting for one and all. He will play himself and will direct a movie about Thomas Wayne. According to the Batman franchise an announcement is already out. Robert Pattinson will return to the sequel of the Batman. Many people are keeping their fingers crossed that it may include Nicolas Cage as Eggman. The series is coming out in summers and everyone can get the best of everything.

According to the Vice President Suzanna Makkos of HBO the series is going to be entertaining. Here is what he has to say:

“We love the wild and fun world of Harley Quinn so much we just had to make a spin-off and who better to center it around than the outcast Kite Man. “Justin, Patrick, and Dean have created the perfect local hangout for Gotham City’s not-so-finest at Noonan’s, where bar patrons can blow off steam after a long day of mayhem.”