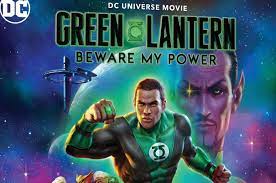 Where Can You Stream Green Lantern: Beware My Power?

Green Lantern will be coming to HBO Max. The animated adventure will be coming to your screens very soon. The film will also be released on 4K Ultra HD Blu-ray and Digital. You can watch it on any of these platforms.

What Is The Release Date Of Green Lantern: Beware My Power?

The animated adventure will not make you wait very long as it is coming to your screens very soon. According to the official reports related to the release date, the action-packed adventure film will be released worldwide on July 26, 2022.

What Is The Plot Of Green Lantern: Beware My Power? 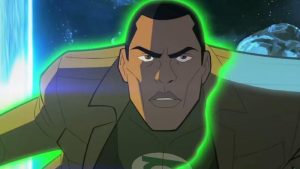 Green Lantern: Beware My Power is a story about a recently discharged Marine sniper John Stewart. The character is voiced by SAG Award-winning actor Aldis Hodge. John is at crossroads in his life. Things only get more complicated when he gets an extraterrestrial ring that grants him the powers of the Green Lantern of Earth.

Unfortunately, the ring doesn’t give him any instructions but it comes with a lot of baggage. He also gets involved with the interplanetary killers that are bent on eliminating every Green Lantern in the universe.

He is expecting to get aid from the light-hearted Green Arrow, Adam Strange, and Hawkgirl. The reluctant soldier must go into the heart of a galactic Rann/Thanagar war and must succeed when all the Green Lanterns have failed. You can catch the trailer of the film to know more about it.

Who Is In The Cast Of Green Lantern: Beware My power? 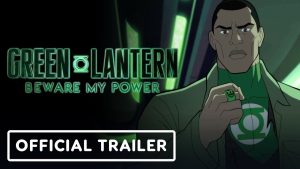 Hodge (Black Adam, One Night in Miami) will be playing the title role in the film. He will play John Stewart/Green Lantern. The star cast also includes: