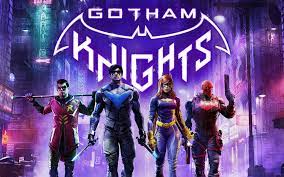 During San Diego Comic-Con, WB Games dropped a brand new trailer for their new game Gotham Knights. This time the show features the character of Batgirl. There has been a lot of discussion about Barbara Gordon being Batgirl. A lot of Batman-related video games are also released and the fans of Batgirl are so much in love with the video games.

The first three men holding the mantle of Robin will also be a breath of fresh air. If you are anxiously waiting for Gotham Knights and want to know more about it then you are at the right place. Continue to read this post to find out all the leaked information about Gotham Knights.

Is There A Trailer Of Gotham Knights?

The trailer of Gotham Knights trailer has already been out. If you want to know about the characters of the show, then you can check out the trailer. The video game is all set to release soon and is making the fans super excited. You can find out detailed character sketches of the characters in Gotham Knights.

What Is The Release Date Of Gotham Knights?

Is Gotham Knights a sequel?

Gotham Knights will not be set in the Arkhamverse. Many people are confused about whether the video game is a sequel to Arkham Knight or not. Gotham Knights is not a sequel however the game will have Batman, Batgirl, the Penguin, and other characters. These characters will have different likenesses to those in the Arkhamverse, but they are not carried over from Rocksteady’s Games.

Who are the four Gotham Knights? 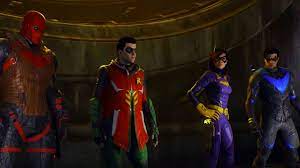 Gotham Knights will be about the entire Batman Family. The four major characters in Gotham Knights will include Batgirl, Nightwing, Red Hood, and Robin. All these characters will be playing as the new guard of DC Super Heroes. All these heroes must rise up and act as the protectors of Gotham City in the wake of Batman’s death. They are all set to take revenge for the death of their superhero.

Will Batman be in Gotham Knights?

According to the official synopsis for Gotham Knights “Batman is dead. The fans of Batman will be disappointed as their favorite character will not be in the video game anymore. The game will revolve around the Batman Family – Batgirl, Nightwing, Red Hood, and Robin. They will be there to protect Gotham City and will bring hope to its citizens. They will be in charge to discipline the cops and will be a fear to their criminals. The players will be roaming around the new Dark Knight and will save Gotham from chaos.

What is The Gameplay Of Gotham Knights? 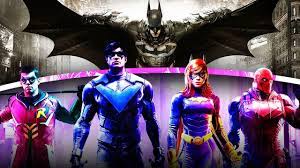 Play as a New Guard of DC Super Heroes

The players will step into the roles of Batgirl, Nightwing, Red Hood, and Robin. They will shape up Gotham’s newest protector and will create their own version of the Dark Knight.

Action-Packed, Original Story Which Is Set in DC’s Batman Universe

The team will have Belfry as their base of operations. It will be a new era of heroes and will solve mysteries that will connect the darkest chapters in Gotham’s history. The game will be set around the soaring towers and the characters will operate in the underground criminal network. You will embark on rich storylines.

The players will have face-offs against some of the most infamous DC Super-Villains. The major villain of the game will be Mr. Freeze. The game will be set in the engulfing Gotham City in ice, and the mysterious Court of Owls. There will be a secret society that is made up of Gotham City’s wealthiest families.

Explore and Fight Crime in an Open-World Gotham City

The players will patrol the dark streets of five distinct boroughs. There will be a new game that will be set in the dynamic and interactive Gotham world. There will be a variety of traversal abilities and heroic combat moves, that will have the iconic Batcycle. The game will feature street-level crimefighting and will have face-offs with iconic DC Super-Villains. You will save the city from descent into chaos.

Each hero will have his own unique abilities, gear, weapons, and a customizable suit. Batgirl will wield the melee tonfa Nightwing and will use the signature dual escrima sticks. The Red Hood has trained to reach peak human strength. The other character will be Robin who will be expertly skilled with his collapsible quarterstaff.

Team Up in Two-Player, Online Co-Op

The players will play Gotham Knights solo and will team up with a friend. They will combine strengths to protect Gotham City in a two-player, online co-op.