Gigapocalypse To Release On Consoles This June 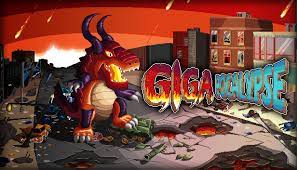 Headup Games has made an announcement about the release date of their latest video game Gigapocalypse. The kaiju side-scroller Gigapocalypse will be released for all three gaming consoles this June. The video game is developed by Goody Gameworks. Let’s find out more about the upcoming game.

What To Expect From Gigapocalypse? 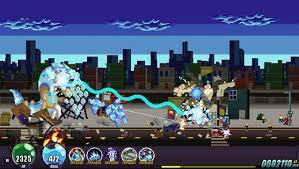 The game has been inspired by Kaiju monster movies. The inspiration for the video game is taken from popular films like Godzilla and King Kong. A fair amount of influence is taken from the classic arcade title Rampage. The game will take the players rolling through cities. The side-scrolling adventure game will have a metal soundtrack. This will get the monster’s blood pumping. The players will trash everything in sight to become bigger, better and more destructive creatures.

What Is The Release Date Of Gigapocalypse?

What Will Be The Gameplay Of Gigapocalypse Be Like?

Gigapocalypse gameplay will be challenging and will take the players on a fun ride. The players will set on a journey where they will be undertaking some tough missions. They will be given the task to reach their goals and beating every level. The Giga will become more powerful and in return, the players will get mutation points.

Read More: Star Trek: Picard Will Reunite The Next Generation Cast For Season 3

You can spend these points to upgrade your Giga with the latest mutations, skills, and skins. You will get to power up with up to five tiny minion pets. They will accompany you on your outings and will experience the urban destruction. The players will have to take care of the Giga in Tamagotchi-style minigames.

What Are The Features Of Gigapocalypse? 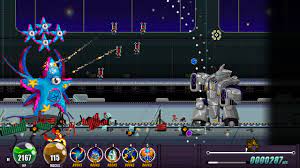 “It’s been great to see the positive reactions to Gigapocalypse as we’ve added more and more to it throughout the game’s time in Early Access on PC,” revealed the developers’ Goody Pundit.

“With the many updates and improvements we’ve made, the game is better than ever and I hope console players are looking forward to picking a Giga and laying waste to everything in front of them!”