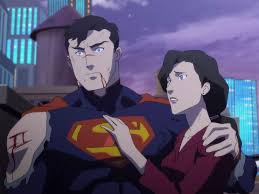 According to the latest announcement on the Superman Twitter account, there will be some shocking events in the Superman story. The Twitter account tweeted out the word “Tomorrow.” The team also shared an image related to the upcoming story. The infamous Superman #75, Dan Jurgens quote tweeted and said “BIG DAY.” His tweet has made the fans excited about the upcoming storyline of the comics.

In 1992 and 1993, DC Comics killed Superman and it was a shock to the world. The first comic book event got mainstream media coverage and deserved more public attention than any other comic book story. Image Comics was launching and was pushing DC Comics into third place in sales. This proved to be a fightback, and no one could see how big it would be at the time.

The crossover originated from editor Mike Carlin and writers Dan Jurgens, Roger Stern, Louise Simonson, Jerry Ordway, and Karl Kesel. The comics began in December 1992 and it went on to release until October 1993. A series of comics titled Action Comics, The Adventures of Superman, Superman: The Man of Steel, Justice League America, and Green Lantern kept on released after that. 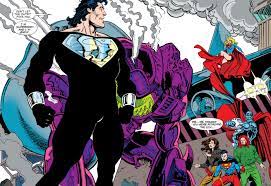 In the final issue, Superman #75 took a new turn, and Superman and Doomsday killed each other with a final blow. The book was published in a black sealed polybag and it sold over six million copies. Since that time the only superhero comic book that sold a little close to this book has been Dav Pilkey’s Dog-Man.  The Superman comic sales before then had declined, and the teams felt that the character had been taken for granted. They decided to temporarily kill him as they wanted to emphasize his importance.

The team wanted to surprise readers and showed that the star was not invincible. The fans saw Superman fighting before he was killed by the monster Doomsday. The favorite character of the fans was seen killed on the streets of Metropolis.

This story was adapted into various forms of media which included novelizations in 1993, a video game, and animated adaptations. The story was formed on the basis of Zack Snyder’s Batman Vs Superman and Justice League. The DC Comics are teasing that The Death Of Superman is back as they have been working over the story for over a year.

Death Of Superman In The Previous Comic Books

We all got a glimpse of another Dead Superman who was defeated by interdimensional aliens. His power weakened him and this got him killed in the end. We learned it was a pandimensional experiment that was conducted by Amanda Waller. The test was done to check Superman’s abilities. Clark Kent began to lose some of his powers and strengths.

Clark Kent was heading to WarWorld in the Future State version of the future. Jon Kent remained a flawed Superman of Earth and had a battle with her cousin Supergirl. She placed the Metropolis in a bottle. Clark Kent with Jon Kent was seen as the new Superman of Earth going forward. But all that eventually changed later on. 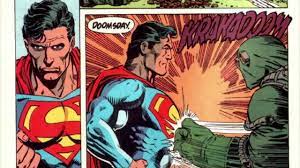 Jonathan Kent, the Superman of the Justice League, was seen in the Future State. He talks the issue over with Damian Wayne the son of Batman. Philip Kennedy Johnson was announced to have become the new Superman. The writer stated:

“the massive event that we’re building up to in Action Comics is a considerably bigger swing than I ever expected to get in comics. It’s no exaggeration to say it will change Superman’s status quo forever and have a lasting impact across the entire DC Universe.”

Then in November, it all appeared to be unclear again. DC Comics PR for the current WarWorld Saga said:

“the biggest Superman event since the Death and Return of Superman begins HERE!” The Action Comics #1036 arrived and it was living up to the hype.

Expected Time Of Death Of Superman

The confirmed date of death for Superman has not been out as yet. According to some speculations, his death might be a thousand years later. In the United Planets, Jon Kent appeared to be in the 31st century. He was in the part of the Legion as Superman did indeed survive that assault. He was supposed to be heading back to Earth.

However, then there was Justice League #75 that led to Dark Crisis On Infinite Earths. Superman was the one who was meant to return from Warworld. He dies at the hands of Pariah along with the rest of the Justice League.

The digital comic series was written by one of the writers of the original Death Of Superman and the storyline was taken from 1992. It was adapted as a direct-to-video animated movie and now it will be re-adapted back into comics. The art has been designed by Cat Staggs and Wendy Broome and will get expanded with a follow-up on the movie.