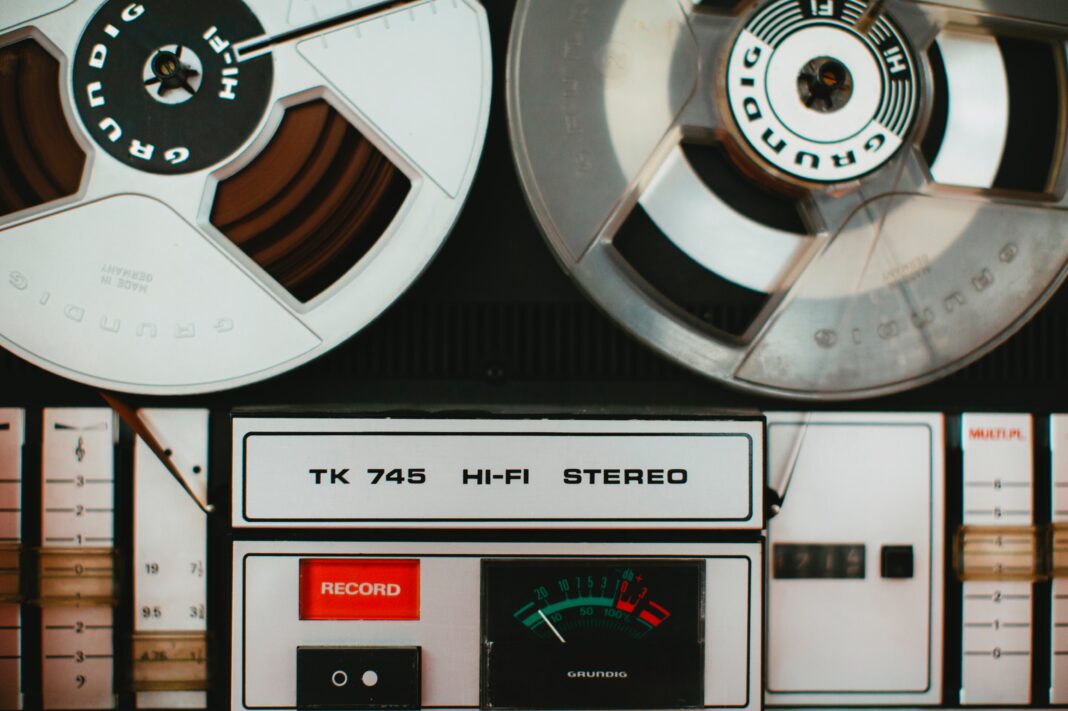 These days it is understandable that it is very easy to store information, no matter if they are in terms of notes, pictures, videos, favorite movies … All computers have large enough storage disks, mobile phones today have huge storage capacities, and in our pockets we have a USB memory with storage capacity of 64GB or more.

Question is do you know how has memory changed over history?

The first method of recording that enabled the storage of some simple programs existed even before the existence of computers as we know them today – as early as the 18th century. These were paper drilling cards that had a sequence of instructions for textile machines or special pianos that played independently. They were in use until the 1970s, with a capacity of 0.12 KB.

Paper tapes are similar to punched cards, but the tape had a larger capacity. During World War II, the Germans were using this system on a Colossus computer. Interestingly, in some places these systems are still used today for automatic vote counting and testing.

The successor to the paper tape was magnetic tape, a special plastic tape coated with metal oxide with magnetic properties. Various data (audio and video recordings) could be recorded on this magnetic tape. You could record large amounts of data on magnetic tape, while greatly speeding up recording and access to recorded data. It was put into use during the 1950s. The average magnetic tape had a capacity of 225 KB, meaning that approximately 1920 paper cards were needed to record the same amount of data.

This technology uses fast rotating disks made of magnetic material. Data access is now even faster. The first was developed at IBM in 1956, had a capacity of 5 MB (which is equivalent to 23 rolls of magnetic tape) and took up the size of an average room. This technology is still used today, but with capacity up to several TB.

In the late 1960s, the first semiconductor chips appeared that enabled data storage. They are made of a series of transistors, capacitors, diodes and other electronic components. Among other things, they were an integral part of the computers that helped bring the first man to the moon. The leap was primarily in the speed of data access and in the reduction of the physical dimensions of the memory elements. This technology was the basis for the memory units used in USB memory today. 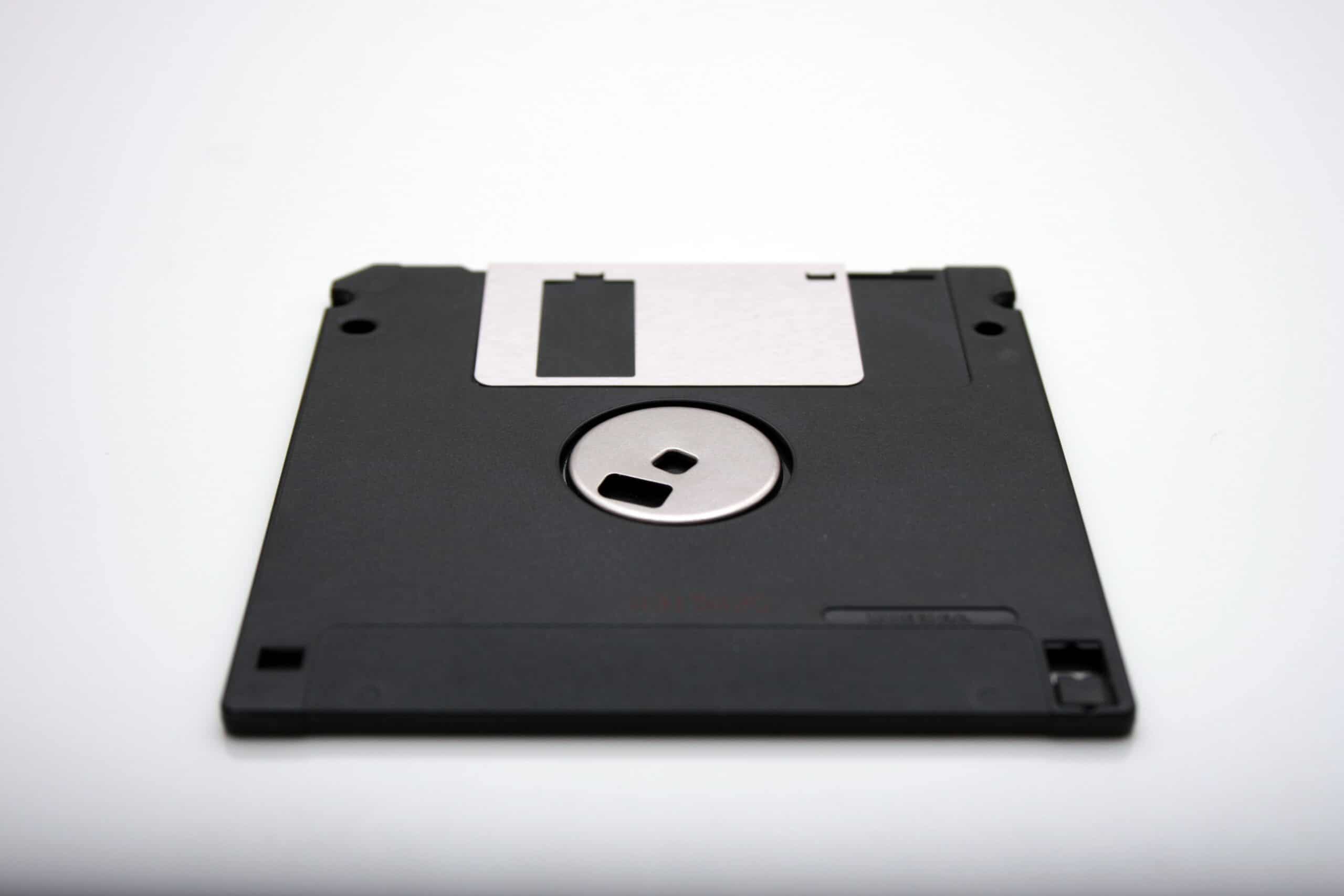 In the seventies of the last century, we witness the appearance of disco music, but also the first floppy disks appeared. They were housed in a thin but sturdy housing that made it easy to use and transfer data from one computer to another. They had a capacity of 1.44 MB, which is roughly one image taken today with a low-resolution mobile phone.

In the 1980s, an optical disc better known as a CD appeared. The CD was used to record computer data as well as audio and video recordings. Today, CDs are already disappearing from laptops and desktops. Each CD has a capacity of 700 MB.

A DVD or digital video disc was originally designed to record high-definition video. It is the same size and looks like a CD and can hold as much as 4.7 GB of data. One DVD is enough for 6.7 CDs. 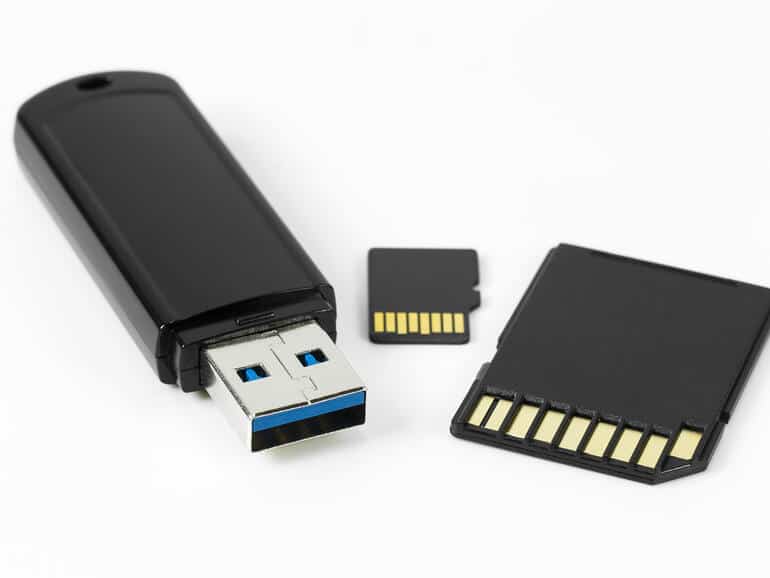 The USB standard began to develop in the 1990s, and was developed by Ajay Bhatt for the American manufacturer Intel. USB drives and ports have been developed to reduce the number of cables required to connect devices to a computer.

In 1999, the USB standard appeared. It runs as USB 1.0 and 1.1. It was then that the first USB memory, the so-called Pendrive, was invented. The first had a capacity of 8MB, which seems like a drop in the ocean with today’s USB memory.

However, USB memory only came to life when they invented the USB 2.0 standard. Download speeds have increased significantly, to 480 Mbps. The popularity of USB memory is growing, as has their capacity since computer manufacturers began installing USB ports on the front of the computer. Finally, USB memory began to replace other removable media – floppy disks and CDs.

The year 2002 was a new milestone – Sony announced its Play Station 2 game console with two USB ports used for their controllers. In 2005, Microsoft released the X-BOX 360 with USB ports on the back. Microsoft also first named this new type of media USB Flash Drive.

The automotive industry began recognizing USB memory in 2006. The Korean KIA was the first car manufacturer to be equipped with a USB port. This was followed by other car manufacturers who liked the idea. The USB port is now a constant on the car’s dashboards.

The long-awaited new standard – USB 3.0 appears in 2008. It was often recognized by the blue plastic part of the connector. The standard supports download speeds of up to 5GB / s, which makes downloading much faster. Due to the additional pins, it allows you to read and write at the same time.

Capacities and capabilities grow in proportion to chip size. In early 2013, the first 512GB USB memory appeared. But that milestone was already forgotten in late 2013, as the first 1TB memory chips soon became available.

On Go Go USB memory comes to market in 2015 with a small port for mobile devices – micro usb or today USB C. In addition to the classic port, which allows you to connect mobile devices to USB memory, some manufacturers are starting to make this USB memory in line with 3.1 speed.

In 2017, the first 2 TB USB memory appeared. The chips are practically the same size as the older models, but double in capacity. Learn more.

Why Prebuilt Gaming PCs Make an Excellent Choice for Gamers