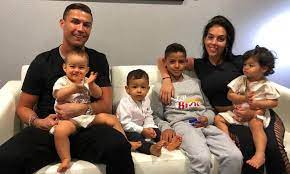 Cristiano Ronaldo and his partner, Georgina Rodriguez, have revealed in an official statement that their newborn has died. The couple was expecting twins at the end of October 2021. The 37-year-old  star said on Easter Monday that their baby boy has passed away. He stated this sad news in a post on social media.  Cristiano will be missing the next match of the Man Utd due to the sad happening in his life. Man Utd is going to take on Liverpool in the Premier League on Tuesday. Read the details below in the news story below. 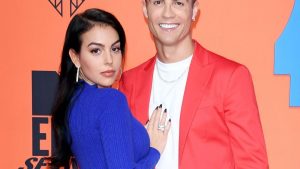 Manchester United have confirmed that the star player of the team Cristiano Ronaldo will not be taking part in Tuesday’s Premier League game against Liverpool. Ronaldo and his partner Georgina Rodriguez have published a joint statement to announce that their newborn son has died during birth. Following the demise of his newborn son, he will be missing the next match against Liverpool. The death of one of his newborn twins has shocked him and his partner greatly. He wants to take some time off to take care of the issues in his personal life.

“Family is more important than everything and Ronaldo is supporting his loved ones at this immensely difficult time.

“As such, we confirm he will not feature in the match against Liverpool at Anfield and we underline the family’s request for privacy.”

Ronaldo Announced The Sad News On His Social Media Handle

Ronaldo announced the sad news of his newborn son passing on Monday. He wrote: “our baby boy has passed away”. He confirmed the birth of his baby girl in the same post.

The 37-year-old and his partner, Georgina Rodriguez, were expecting twins at the end of October 2021. He wrote:

“It is the greatest pain that any parents can feel,” “Only the birth of our baby girl gives us the strength to live in this moment with some hope and happiness. “We would like to thank the doctors and nurses for all their expert care and support. “We are all devastated at this loss, and we kindly ask for privacy at this very difficult time. “Our baby boy, you are our angel. We will always love you.” 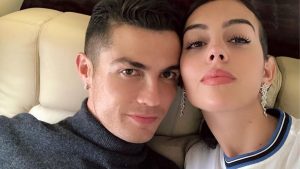 Manchester United has paid respect and offered their full support to the players.

“Your pain is our pain, Cristiano. Sending love and strength to you and the family at this time.”

On Monday, the couple announced that their baby boy has died. The couple stated that it is the “greatest pain that any parents can feel”.

Ronaldo had scored a hat-trick in the team’s 3-2 win against Norwich. The game was held at Old Trafford on Saturday. His absence will be a major blow to Manchester United which is placed in the fifth position.  The team is seeking to improve their top-four prospects against Liverpool. The team can reach the top of the table if they avoid defeat.