Former WWE & Impact Wrestling super star Cassie Lee has something big to reveal. She and her husband Shawn Spears plan to make a major announcement this Wednesday. The couple is expecting their first child together and it is a delightful news for all their fans. Cassie Lee posted a new video on her Instagram and reveals that she is pregnant. Wrestling fans couldn’t stop congratulating her and she feels happy about it. Here is more to this story:

Cassie Lee Reveals She Is Pregnant 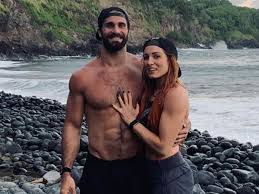 Cassie Lee took her Instagram to share a video footage from her sonogram. It shows the side view of her ‘baby bump’. However it doesn’t seem typically noticeable until her second trimester will begin. For the next 12-20 months we can expect her baby bump to grow further. She will be taking break from her wrestling till the time of her delivery. Everyone will not wait patiently for her return. Within the last few weeks Cassie was posting only her modeling photos. This news comes as a surprise to many.

If we talk about AEW star Shawn Spears, he has been away from AEW programming since few months. His last match has been a loss to Wardlow inside a steel cage at Dynamite last May. Until now he was aligned with MJF in the Pinnacle faction. Everyone liked his performance but MJF proved to be better at that day.

Both Cassie and Shawn have had lengthy tenures in WWE. She has had some successful pair of stints for the company and its development system. However, her most successful one was in the beginning of 2013. Shawn has won over many fans in ‘NXT’ and earned a special place at WWE’s main roster. After sometime his momentum seems to be falling.

Later the company requested for his release and the contract ended right away. WWE has released many wrestling stars in 2019 due to budget cuts. He has quickly joined AEW and has been a part of many promotions. The first ever pay-per-view, Double or Nothing has been a hit among the audiences too. 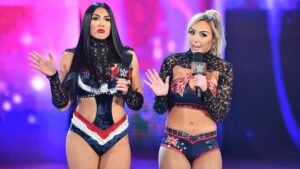 Cassie Lee has had a developmental contract with WWE since 2015. She got this deal alongside her partner Jessica McKay. They both formed a tag team as Peyton Royce and Billie Kay. It got popular as The IIconics. Together they have got the chance to win WWE Women’s Tag Team Titles at WrestleMania 35. However they had to split up in 2020 WWE Draft. They both failed to make a mark in their solo acts though. Both these superstars were released in April 2021. It remains to be seen what Cassie plans to do ahead.

Cassie and McKay eventually came up with Impact Wrestling where they had to rebrand themselves as a team. This team is known as IInspiration. The got the chance to debut at the Bound for glory pay per view last October. If this isn’t enough they have won the Knockouts World Tag Team Championship. The defeated Havok and Rosemary during the same night. However, soon after The IInspiration planned to announce their retirement.

They are no longer a part of in-ring action while their departure from Impact wrestling happened last April.  At that point both these superstars were trying to get their hands at acting. McKay is now working for an upcoming feature film named The Charisma Killers. Apart from that she is attached with two other films in pre-production. Here is a statement from the team itself:

‘We first want to thank Scott D’Amore and the entire IMPACT family. We have had such an amazing experience, working with the incredible IMPACT staff and roster. We will cherish these IMPACT memories forever. We are excited to start a new chapter in our lives and explore other opportunities that may come our way’’.