Ring of Honor Ambassador Cary Silkin revealed a lot about his post-WWE Plans. During this conversation he was asked about his thoughts on the WWE recent releases. He doesn’t seem to be very happy with the decisions of this company. It seems that he feels that he is unable to understand why WWE is doing so. Cary has been giving good performances to entertain his fans. He has been a part of this company for many years. If you want to read his full interview here are the details below: 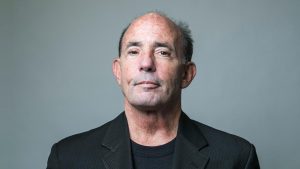 Cary Silkin openly talked about the releases WWE is making recently. This is what he says:

“To quote the great W.C. Fields, ‘it baffles science.’ It makes no sense. I mean, when the whole thing went down with Triple H, and I don’t know how his health is. I am close with Brian Kendrick and he said, ‘yeah, he had a heart procedure,’ but that was months ago,” Cary reveals. “WWE, at least what I saw, correct me if I am wrong, they basically dismantled NXT to what we knew.

“Then with yesterday with Regal, and Road Dogg,” he reveals. “And speaking to this guy or that guy, and I don’t speak too many. It was brought to my knowledge that Road Dogg and Triple H were really close. So, I don’t know, maybe Vince McMahon is going crazy, completely crazy.” 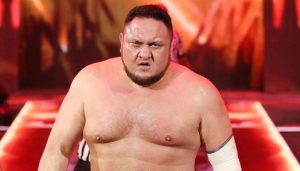 Cary talked about the major release of former ROH World Champion Samoa Joe from WWE. This is the second time Samoa is released by the company within the same year. He revealed that he sent a text to Samoa after the release. Here is what he says:

“I did communicate with Samoa Joe today, just to say, ‘hey man, I am sure you’re going to be fine.’ He was like, ‘yeah, I am going to take a month off and just sort it out,’ and see what his next move is. But there’s a lot of that going on.”

Cary continued to talk how proud he is about the top ROH talents. They all are succeeding well in AEW that makes him very happy. However he believes that rise of Bryan Danielson and CM Punk takes the limelight away from other talents.

“Yeah, and I am proud of it, I am proud to see these guys,” he believes. “I got to spend five minutes with Bryan Danielson (at the AEW taping on Wednesday). Another guy who I am not buddy-buddy with, but he’s a good man. What I am seeing, for my taste of wrestling. With CM Punk, who I got to say hello to too. With Punk and Bryan, I have seen the scales shifting.

“In other words, these guys are so good, and wrestling is a variety show, it’s like the circus but I think it pushes a lot of guys down,” Silkin stated. “The talent that’s there, they had a lot of talent before that. I hope you understand what I am trying to express poorly.”