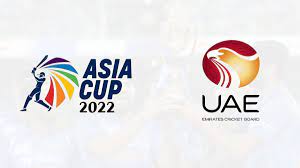 Asia is coming soon and cricket lovers are excited about it. A lot of buzz about the schedule, squads, and other details about the Asia Cup is all over the internet. The news of the players participating and being ruled out of the series is also making headlines.

According to the latest updates the star Pakistan cricket player Shaheen Afridi will miss out on the Asia Cup. The Sri Lankan team has also announced bad news for Pathirana fans. He will also not be a part of the Asia Cup. Let’s dig into the details about the reason for the absence of these players. 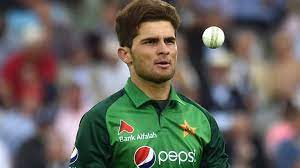 Shaheen Afridi, who is Pakistan’s pace spearhead, has been ruled out of the upcoming Asia Cup. According to the details, the cricketer will not be a part of the England series as well. He continues to recover from a knee injury and is unable to play the matches. Afridi is with the Pakistan team in the Netherlands due to his rehabilitation program.

Afridi is being overseen by the trainer and the physiotherapist, and he has been advised to rest for four to six weeks. Following the latest scans and reports, he is not considered fit to play for the matches for at least a month or more. Meanwhile, he will remain with the squad and will continue to get treated by the medical team. The statement was released by PCB stated in a conference held on Saturday (August 20).

Afridi injured his right knee ligament injury while fielding in the first Test against Sri Lanka in July. He has been out of action since. According to the PCB, the star player is expected to return to action in the T20I tri-series in New Zealand. The series will also involve Bangladesh and it is all set to begin on October 7 – which is just 16 days from Pakistan’s opening T20 World Cup game against India.

“I have spoken with Shaheen and he is understandably upset with the news, but he is a brave young man who has vowed to come back strongly to serve his country and team. Although he has made progress during his rehabilitation in Rotterdam, it is now clear he will require more time and is likely to return to competitive cricket in October,” said PCB Chief Medical Officer Dr. Najeebullah Soomro.

“PCB’s Sports & Exercise Medicine Department will be working closely with the player over the coming weeks to ensure his safe return to competitive cricket,” he added.

Sri Lanka Squad For The Asia Cup 2022: Dinesh Chandimal And Pathirana Included In The Squad

After a delay due to the ongoing turmoil in the country, Sri Lanka Cricket has finally named their 20-man squad for the upcoming Asia Cup, which is to be held in UAE. The selectors have included the senior wicketkeeper-batter Dinesh Chandimal, who had missed the team’s last T20I assignment – in the home series against Australia in June-July. His last T20I outing was in India in February this year. 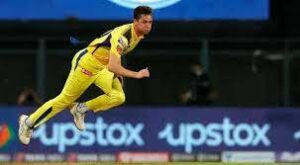 SLC has chosen the impressive Matheesha Pathirana – who is a 19-year-old fast bowler to include in the squad. He has played nine T20 games and made an instant impact in the few games he played against the Chennai Super Kings in IPL this year. Pathirana has been included in the team due to his slingy bowling action. He is often compared to the former fast bowler Lasith Malinga, who enjoyed a storied career on the national side.

The likes of Pathum Nissanka, Kusal Medis, and Charith Asalanka have made it, with impressive returns in recent times. Bhanuka Rajapaksa, is another good batter who has shown his big-hitting prowess at the IPL this year. He has also found a spot in the squad.

Sri Lanka has named four spinners in their squad which includes names like Wanidu Hasaranga, Mahesh Theekshana, Jeffery Vandersay, and Praveen Jayawickrema. The spinners will be handy in the venue in Dubai, when their first-round games against Afghanistan (August 27) and Bangladesh (September 1) will be held.

Besides Pathirana, Sri Lanka has Dushmantha Chameera and Chamika Karunaratne. The selectors initially picked Binura Fernando too, but he is not a part of the series due to his injury sustained during SLC Invitational T20 League 2022.

Asitha Fernando will be replacing him but there is pending confirmation of the same from the sports minister. The team will also head out without Kasun Rajitha, who has suffered an injury in the same domestic tournament.