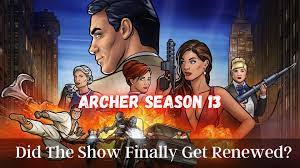 What Is The Plot of Archer Season 13? 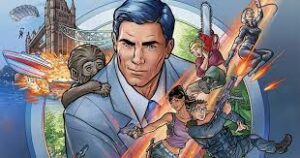 ‘Archer’ is an animated, half-hour comedy series. It is the story of Sterling Archer who navigates the changing landscape of the spy world. This season, Archer and The Agency will be acquired by Fabian Kingsworth. He is a spy conglomerate who is known as IIA (International Intelligence Agency.

The gang struggles to find their identity and they will be performing odd missions for Fabian. Will they be able to maintain independence, or just succumb to their corporate overlords? You will have to wait for Archer Season 13 to release to find the answers to these questions.

The official synopsis for Archer Season 13 reads as follows:

“Archer is an animated, half-hour comedy that follows Sterling Archer as he navigates the changing landscape of the spy world. This season, Archer and The Agency have been acquired by Fabian Kingsworth and the spy conglomerate known as IIA (International Intelligence Agency). As the gang struggles to find their identity performing odd missions for Fabian, one question arises: will they be able to maintain independence, or will they succumb to their corporate overlords?”

Archer Season 13 Episode 1 will be titled as “The Big Con”. The gang has been offered Free drinks, party rooms, and swag bags. There are just a few things that the gang is not enjoying at this world’s foremost spy convention. Mark Ganek writes the episode.

Archer Season 13 Episode 2 will be titled “Operation: Fang”. In this episode, Gillette is in charge of a creepy crawly mission which is set in the tropical jungle. The episode is written by Matt Roller. 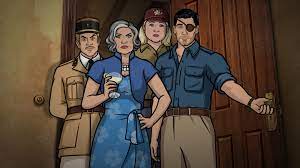 Where can I Watch Archer Season 13?

How Many Episodes Will Archer Season 13 Have?

Archer Season 13 will release eight episodes similar to the previous season. Each episode will run for an average time of 30 minutes.

Will There Be an Archer Season 14?

Archer Season 14 is not yet confirmed. The renewal of the show’s 13th season was announced in September 2021 before the airing of the Season 12 finale. The finale of the show aired on October 6, 2021. Our fingers are crossed to hear something about Archer Season 14 before the season 13 finale.

Is There A Trailer Of Archer Season 13?

The trailer for Archer Season 13 was released online in early August 2022. The trailer shows Archer struggling with responsibility after his mother has died. The agency’s acquisition by an international conglomerate is also shown in the teaser. There is also a leadership battle going on. He is trying to become the leader” of the agency. With this new partnership, Archer is bound to end up having some unforeseen complications.

What Is The Release Date Of Archer Season 13?

Archer Season 13 will release on Wednesday, August 24, 2022, at 10 p.m. ET/PT. The new season will air on FXX, with subsequent episodes airing weekly.