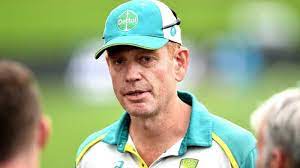 The Australian Cricket Board has appointed former Test all-rounder Andrew McDonald as the head coach of the Australian men’s team. He has signed a four-year contract to coach the team. McDonald, 40, has been acting as the interim head coach since February. He joined Australia’s coaching team in 2019. CA has made the official announcement and said that McDonald has a wealth of coaching experience and he will be appointed on the position to coach the team in the Indian Premier League and in English county cricket”.

McDonald’s is appointed as the new head coach after the last week’s historic win of the Australian team on the tour of Pakistan. He coached the Test side to a series victory and lost the one-day series 2-1. The team has won only T20 International.

“The journey so far has been particularly pleasing, and I am honoured to be given this incredible opportunity for what is an exciting period ahead,” McDonald said.

“My plan is to build on the growth, depth and experience of the squad while working collectively with the group and across the game. There are many challenges in the short term which I know excites the leadership group, the players and the staff. I’d also like to thank my family for their support.”

McDonalds A Deserving Candidate To Be Appointed As A Coach 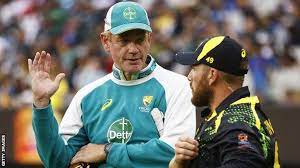 The Australian cricket board interviewed several excellent candidates for this role. Andrew is an outstanding former Australian player and is a well-deserving choice to head the team as a coach. He was outlined for the role during the appointment process.

Australian Cricket board said that they are proud of the way the team played under the leadership of Andrew, Pat and Aaron. Andrew will be taking on the role permanently. Andrew has done an outstanding job and played the role of the interim head coach during the Australian cricket team’s tour to Pakistan. He left a positive impact on the squad.

Australia board and the players sign a deal to issue NFTs 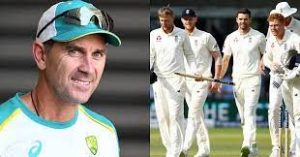 Australia’s cricket board and the players have signed a multi-year licensing deal to issue NFTs. They seek to tap the market for digital collectables. NFTs are digital assets, that are often linked to an image, video or sound clip.

It is ownership is authenticated by blockchain technology. The Professional sports leagues and teams, which include the National Basketball Association and Germany’s Bundesliga, will pile up the sector to generate new revenue streams.

The cricket deal is done in partnership with Rario and the digital trading company BlockTrust. This is just the start and will give an enormous benefit for fans, players and the sport itself. Revenue will be split between CA and former and current players.

Overall NFT sales are estimated to be around $11.8 billion so far in 2022. Sales on OpenSea which is the largest NFT marketplace declined to around $2.5 billion last month and reached $5b in January.