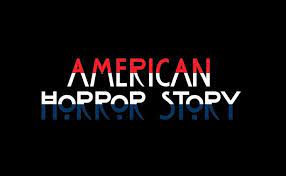 Hulu’s American Horror Story is one of the most popular horror shows. It has gained widespread recognition for its unique plot. The makers have done an excellent job and have given us some amazing episodes and seasons of the show. FX Networks head John Landgraf has delivered the news that all the fans of American Horror Stories were eager to hear. Scroll down to know everything about American Horror Story Season 11.

FX network head John Landgraf has confirmed that Ryan Muphy & Brad Falchuk’s American Horror Story Season 11 will be returning to your screens soon. The FX screens is all set to release this fall.

“‘American Horror Story Season 11 will not be another ‘Double Feature,'” Landgraf confirmed back in March, where he also dropped a tease or two. “What I can tell you is that the concept for Season 11 is one story. It actually takes place in different timelines, but it’s one subject, one story, with a beginning, middle, and an end, like many of the prior stories.” Landgraf admitted that he liked the “two mini-season” format. “I think it really was good. I liked the two shorter stories format. But I actually really like this idea too. I think it’s really cool,” the FX Networks chairman explained. FX has yet to announce a specific air date for the release of season 11. 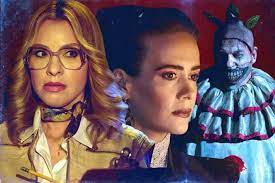 We have another update on the filming of the show. We have got some great images of the production set up for filming the show on 9th Street. The images showed a storefront that has been set up with the 80s vibe. We see an adult video store/theater and some era-appropriate vehicles on the street.

The filming for the upcoming episodes started off on June 14 in New York. The program is being shot in New York for the first time. After filming in Los Angeles and New Orleans the production team now went to Provincetown, Massachusetts for some portion of “AHS: Season 10” in 2021.

In January 2020, FX revealed that they will be releasing 3 more seasons of the show. The channel renewed American Horror Story” for three more installments. The fans will get to watch Season 11, Season 12, and Season 13 of the show. That ensures the flagship horror anthology series, which is created by Ryan Murphy and Brad Falchuk will be returning to our TV screens by the year 2024. After the 10th was delayed for an entire year due to the Covid-19 pandemic, the next cycle of “AHS” will air in Fall 2022.

FX Chairman John Landgraf shared that the 11th installment of the Emmy-winning series is not going to be another “double feature” like Season 10. Season 10 split into two parts and was titled as “Red Tide” and “Death Valley.”  John revealed:

“What I can tell you is that the concept for Season 11 is one story,” he confirmed. “It actually takes place in different timelines but it’s one subject, one story, with a beginning, middle, and an end, like many of the prior stories.” Landgraf remained tight-lipped about the theme of the upcoming cycle, only saying, “I actually really like this idea too, I think it’s really cool.” 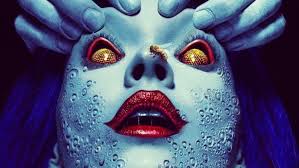 American Horror story will have approximately 10 hour-length episodes. The only season that went below this number was “AHS: Season 9. The season just had nine episodes. Seasons 6, 8, and 10 released 10 episodes, Season 7 was 11 episodes, Seasons 1 and 5 released 12 episodes, and Seasons 2, 3, and 4 aired 13 episodes.

What is “American Horror Stories” all about?

“American Horror Stories” airs on FX. Hulu’s anthology spin-off series tells a different spooky story. Season 1 was released in Summer 2021 for seven episodes. It was an instant hit and was renewed for Season 2. The eight new episodes were released on July 21 and September 8. The episode titles for “Stories” Season 2 are “Dollhouse,” “Necro,” “Aura,” “Drive” and “Bloody Mary.”