Amazon Prime Paper Girls: What Is In Store For The Fans 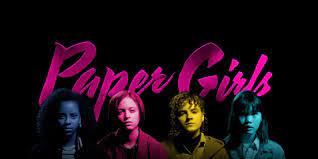 The last TV adaptation of a Brian K. Vaughn comic book, FX On Hulu‘s “Y: The Last Man,” was anticipated by the fans for a long time. The show didn’t click with critics or audiences and this is why FX canceled the show last year after the first season. Amazon Prime will now be taking on Vaughn’s award-winning book from the 2010s, “Paper Girls.”

The new show will be released on Amazon Prime and has become the buzz of the entertainment world. The show follows the story of four 12-year-old girls that are caught in a war between time-travelers. If you are excited about Paper Girls then read the post below to find out more about it.

Paper Girls follows the lives of four young girls who are caught up in a strange situation. While they are out delivering papers on the morning after Halloween in 1988 they become caught in a conflict. This conflict is between the warring factions of time-travelers.

The time travelers send them on an adventure through time that will help to save the world. The girls travel between the present, the past, and the future as they encounter future versions of themselves. It is now up to the girls whether they want to choose to embrace or reject their fate.

Who Is In The Star Cast Of Paper Girls?

What Is Paper Girls Based On?

Paper Girls is a time-tossed adventure that is about four 12-year-old girls. They see the adult versions of themselves in 2019 and save the future. The girls also get back and forth between the past and future in the show. It is Amazon’s Prime Video adaptation of Brian K. Vaughan (Saga, Ex Machina) and Cliff Chiang’s (Wonder Woman, Human Target) best-selling novel Paper Girls. The show will be hitting the streaming screens soon.

Which Songs Will The Paper Girls Time Travelers Playlist Include?

Spotify will be partnering up with Amazon Prime for Paper Girls. The viewers will dive deeper into the universe with the “Time Traveler’s Playlist. The playlist will include the soundtracks that you need for all your time travel needs. The playlist will include big artists like Beyonce, Robin S, M.I.A., The Clash, ABBA, Madonna, Lil Nas X, Nirvana, Latto, Michael McDonald, and Deee-Lite, Ice Cube, and more.

What Is The Release Date Of Paper Girls?

Paper Girls is all set to hit Amazon’s Prime Video on July 29th. An official trailer of the show has also been released and you can check it out to know more about it.

What Is The Plot Of Paper Girls? 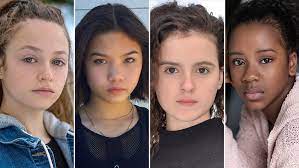 Paper Girls start off in the early morning hours after Halloween 1988. We see four paper girls—Erin, Mac, Tiffany, and KJ—on their delivery route. This is when they become caught in the crossfire between warring time-travelers. This incident changes the course of their lives forever.

The girls are transported into the future, these girls must figure out a way to get back home to the past, a journey where they come face-to-face with the grown-up versions of themselves.

The 12-year-old self is hunted by a militant faction of time-travelers that are known as the Old Watch. In order to survive, the girls need to overcome their differences. They learn to trust each other, and themselves.

What Does Vaughan Has To Say About Paper Girls?

Vaughan checked in with EW and let the fans know more about the comics. This is what the novel writer has to say about Paper Girls:

“I think sometimes people read a comic and are like, ‘oh this is just storyboards, let’s just shoot this.’ But comics are their own unique medium, and television can do things that we can’t. Like with needle drops — just the addition of music adds an incredible layer to this that we didn’t have access to,” Vaughan explained.

“These young performers are some of the best younger actors I’ve ever seen. This show really takes such advantage of the medium. If you’ve never heard of ‘Paper Girls,’ if you’re not familiar with this comic, then the show is still 100 percent accessible and I think you will love it. But if you’re a hardcore fan of the comic, it’s still going to be extremely surprising to you.

Here are the recently released character descriptions of the 4 Paper Girls.

Mac is a working-class Catholic girl. She is the first paperboy in Stony Stream who isn’t a boy. Mac has inherited the paper route from her older brother. She has an undying loyalty and love for her brother.

Tiffany is the only child of mixed-race parents. She has a lot of plans for her future and has no intention of seeing them derailed. She has a lot of encyclopedic knowledge of pop culture and a deep interest in technology.

Erin is a dutiful daughter and a sister. She is a newly-minted newspaper employee. She is a dual-language immigrant and has deep Chinese roots. She is also an All-American kid who wants the TV-perfect life.

KJ is one of the only Jewish girls that come from the wealthiest family in town. She loves to play hockey and this is when she is truly seen. Her image conflicts starkly with her mother’s desires for her. She is guarded and sensitive. KJ doesn’t need the paper-delivery job, but she still does it because it makes her feel free.