All You Need To Know About All the Old Knives Trailer, Plot And More 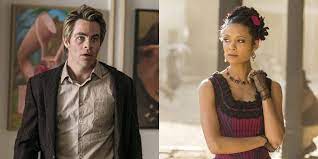 All the Old Knives is an American thriller that will be released soon. The thriller movie will be hitting the screens this year and the fans of the series are excited about it. The film is directed by Janus Metz Pedersen and screenplay by Olen Steinhauer. The movie is based on a novel with the same name by Steinhauer. The series stars Chris Pine, Thandiwe Newton, Laurence Fishburne, and Jonathan Pryce in the lead role. The show is expected to be a streaming hit. All the Old Knives looks promising and interesting. The cast of the series is decent-looking and has an intriguing story as well.

All The Old Knives Trailer 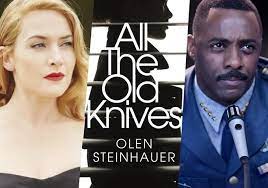 It is a spy thriller which will be an entertaining watch for all the fans. via a trailer. Amazon has released a trailer, poster, and official synopsis of the movie. The trailer highlights all the highlights of the movie. You can catch the trailer to find out more about the film.

All The Old Knives Plot

All The Old Knives is a crime thriller and is based on the work of the CIA. When the CIA discovers that one of its agents leaked information that will cost more than 100 people lives the operative official Henry Pelham (Chris Pine) gets assigned to solve the issue. He is assigned to root out the mole among the team.

The spy is among the former officemates at the agency’s Vienna station. Henry carries out his investigation which takes him from Austria to England to California. This is where he gets reunited with his one-time colleague. She also happens to be his ex-lover. Celia Harrison (Thandiwe Newton) who was once in love with Henry becomes in a partner in discovering the truth.

The pair work together to blur the lines between profession and passion. All The Knives is a riveting tale that will sweep your heart away. The movie is about global espionage, moral ambiguity and so much more. The deadly betrayal and all kinds of other passionate emotions make this film a must-watch.

All The Old Knives Cast 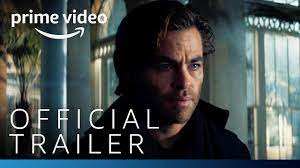 All The Old Knives cast includes:

All The Old Knives Release Date

The fans of the movie are anticipating the release of All The Old Knives. If you want to stream All The Knives then you can stream it on Amazon on April 8, 2022. Amazon Prime will also be releasing many other exciting films and shows.