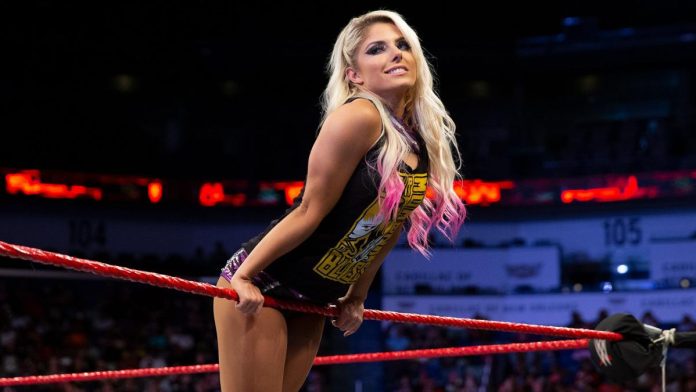 Alexa Bliss is a popular female wrestling star. She is dealing with her fair share of crazy fans from all over the world. There are a lot of good experiences she had to face. However some bad experiences are threatening her. On Tuesday Night Alexa has revealed that a fan is threatening to shoot her and her husband Ryan Cabrera. Recently she has informed the same to higher authorities and seek help for this matter. Here is more to this story:

Alexa Bliss Has To Deal With Crazy Fans 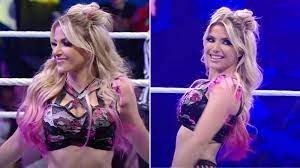 Alexa is dealing with her crazy fans every other day. However some things go out of her hand. For that she believes in getting in touch with the higher authorities and take help at the right time. One of her fans is threatening to kill her and her husband. Alexa is responding to him by sharing screenshots that she will be taking an action. She has turned all the screenshots of the direct messages to the higher authorities. They will be taking this matter into their hands.

In response, the fan seems to be laughing off this idea. As Bliss tries to impose a restraining order on him and he doesn’t seem to be afraid of it at all. Through several comments and posts, the fan claims that he speaks regularly with Buddy Matthews. Buddy is Bliss’s ex-fiancé. The fan has revealed that he talks to Buddy on Twitch very regularly. He has even burned all the merchandize of Alexa. Due to the behavior of such fans, others have to suffer too. 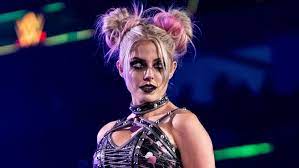 Alexa recently put up a post on Instagram that was related to the invitation to a fundraiser. During her IG live session on Friday, May 27th, the first encounter with her crazy fan happened. The session intends to raise some money for the foundation. She is working for “Saving Huey Foundation,” a nonprofit organization since some time now.

They specialize in dealing and rescuing of abused animals. The session will also celebrate the life of Larry-Steve. If you are not sure who Larry is, we have all the details for you. He is the pet pig of Alexa that passed away last year in May. Here is what her post has to say:

“Let’s celebrate my Angel piggy in heaven Larry-Steve by raising money for animals in need,” Bliss wrote in her post. On her work front Alexa is going strong on this week’s raw appearance. She continues her momentum with a new singles victory over Nikki A.S.H.

Since her return on May 9th, 2022, Bliss has now won three consecutive matches. She returned after a three month long hiatus after the completion of “Elimination Chamber” event in February. If you are looking for more updates, keep checking this space!