In Your House is one of those few words that are making wrestling fans very nostalgic. It gives them a feeling of inventiveness that takes them back to the90’s wrestling games. The sweet discovery has made its way into the hearts of all the fans of wrestling. The special events of WWF feature semi-monthly pay-per-views. There is an enticing and charming subtitle that has kept all the fans excited. The big pay-per-views shows like Season’s Beatings, Beware of Dog, Mind Games, Revenge of the Taker, and A Cold Day in Hell have are perfect. They have given all the fans something exciting. There are other big four annual shows including WrestleMania, Royal Rumble, Summer Slam, and Survivor Series.

Contents show
1 What are the new updates on the 2021 NXT takeover?
2 Superstars of NXT will be taking over in your house
3 When is NXT takeover: In your house expected to release?

What are the new updates on the 2021 NXT takeover? 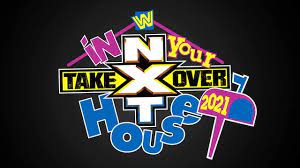 The In Your House has now become a popular brand. It is running successfully from 1995 until 1999. The news of the comeback of NXT has given a feeling of nostalgia to the fans. The next big thing is NXT and the event is coming back this summer. The last year’s June NXT Takeover event has already been a great success and this year will be the same. The news has been confirmed by Barstool Sports’ Rasslin podcast. The news is also confirmed by wwe.com. Fans can feel assured that NXT is indeed bringing back In Your House. If you are disappointed how the event will be without former WWF host Todd Pettengill. You don’t need to feel that anymore. The Toddster will be coming back to host the NXT event so don’t forget to mark your calendars.

Superstars of NXT will be taking over in your house 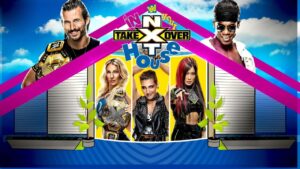 The official statement on the website of WWE has given all the details about the upcoming event. The Superstars of NXT are all set to take over the house!  According to the interview of makers at the Sports’ Rasslin podcast, a lot of things are revealed. The interview of Brandon Walker with Johnny Gargano has revealed many details. The NXT Women’s Championship Triple Threat Match made a lot of headlines. The event took place between Io Shirai, Charlotte Flair, and Rhea Ripley. Are you excited to know what will Kross and the company have in store for the fans and NXT Universe? The expectations are extremely high as the black-and-gold brand will be taking over once again.

When is NXT takeover: In your house expected to release?

The black-and-gold brand will present the NXT Takeover: In Your House. It is releasing exclusively at the streaming service Peacock on Sunday, June 13, at 7 ET/4 PT. The event will also release on the WWE Network so you can watch it whenever you want.  The WWE announcer Todd Pettengill who has hosted different events will be back. He is known for being the best host at the iconic in your house brand.NXT has brought back the iconic event last June. It came back after 21 years that is a long time. The event featured the destructive Takeover debut of current NXT Champion Karrion Kross.