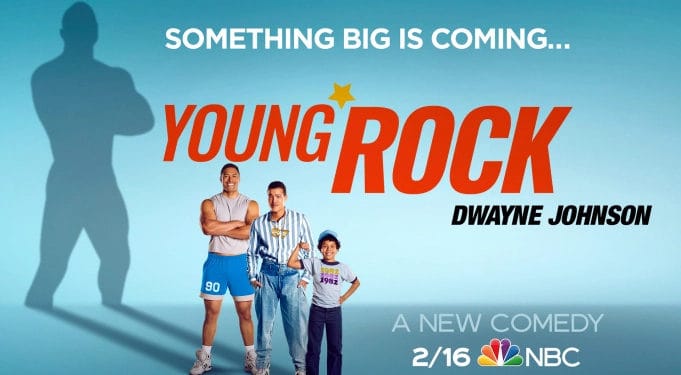 The full-length trailer of the biographical sitcom “Young Rock” has just come out. The series follows the story of the Hollywood star and wrestler Dwayne “The Rock” Johnson. The trailer was recently dropped by The Rock on his official YouTube channel. The one-minute teaser of the biopic of The Rock was released on Instagram and the cast, release date, and other details were revealed about the biopic. The biographical sitcom is created by Nahnatchka Khan and The Rock himself.

The Rock is one of the highest-paid actors in Hollywood. He became famous by becoming a professional wrestler. He later became a Hollywood star and enjoys a huge fan base. The biopic of The Rock will be hitting our screens soon. The movie will feature the story of The Rock from his childhood to adulthood. The show will tell the story of The Rock in three different generations and will cover his childhood puberty, teens, and conquering his dreams in his 20s.

The full-length official trailer of NBC’s Young Rock has been released. The biographical sitcom will remind you of shows like “Everybody Hates Chris”. The show was created by Chris Rock himself and it featured Chris Rock’s teen years. NBC’s Young Rock will follow the same lines. The show has a lot to offer and will tell us a lot of wrestling stories in the first season.

Young Rock-What is the trailer all about? 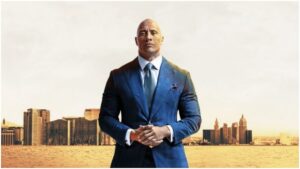 The new trailer is similar to the previous one-minute teaser but gives us a clearer picture of the movie. The full-length official trailer of Young Rock showcases The Rock’s clips from his various Hollywood movies and also shows clips of his professional wrestling and football career.

The show is set in the year 2032 where Dwayne “The Rock” Johnson is seen joining the U.S. Presidential race. The Rock starts to narrate his own story when he was a 10-year-old living in Hawaii. He was a part of a wrestling family and tells us about his father Rocky Johnson and how he considered him a superhero.

The trailer also shows us a glimpse of the 15-year-old Dwayne Johnson who has hit puberty at a very young age. He is seen with a mustache, and his friends are seen making fun of him by calling him an undercover cop. Then we see a glimpse of the 20-year-old Johnson which is played by Uli Latukefu who is struggling to conquer his dreams.

The trailer ends with The Rock saying that there are more stories that he would like to reveal to the world, and hints at more seasons for the show. If the show works then we can expect to get more seasons of the show. The fans of The Rock are in for a treat as the whole show will be about the life of their favorite star and hero that they look up to.

Young Rock will be releasing on 16th February 2021. The fans of The Rock are anxiously waiting for the show to release as it covers the life of their favorite star. You can catch the show on NBC as the show is all set to premiere with its first episode.