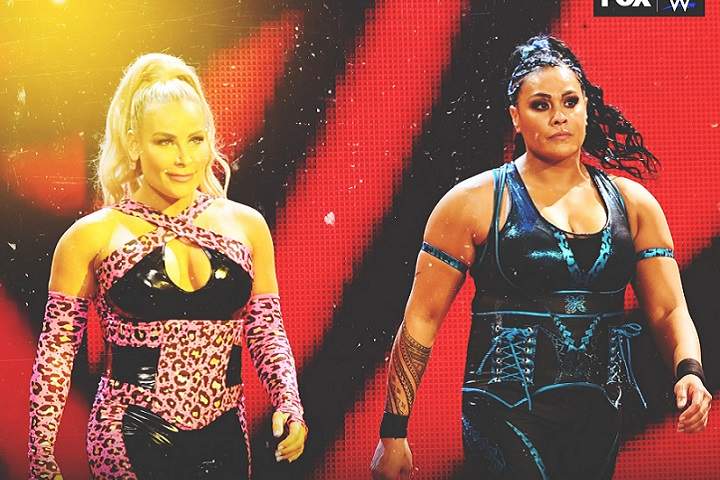 Nia Jax and Shayna Baszler have effortlessly put their Women’s Tag Team Titles at stake. They will be competing against Natalya and Tamina on Friday Night at the WWE Smackdown. Reginald was sent away just because he tried to interfere in the match. The match between them has been intense and each minute was full of thrill. It ended with a combination of a Samoan Drop from Natalya and the Superfly Splash from Tamina. Natalya and Tamina were emotional as they win the game and get the women tag team champion. They were quite emotional during the post-match interview in the ring. It is surprising for them to get the winning title. You will be surprised to know that this is the first title of is Tamina since her entry into the company.

Contents show
1 What happened in the WWE Smackdown?
2 Former champions are unhappy with the results?

What happened in the WWE Smackdown? 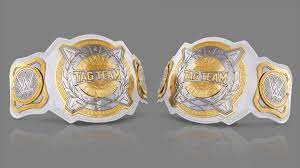 Last night has been very fun and entertaining for the fans as WWE Smackdown has something new to offer. The reign of Shayna Baszler and Nia Jax as the WWE Women’s Tag Team Champions has finally come to an end. They have won this title two times in a row that has now broken down by the pairing of Tamina and Natalya. Nia Jax expressed her disappointment on Twitter and talked about the loss of title. It seems she is really unhappy and cannot stop blaming the referee for their defeat.

The referee moved forward and removed Reginald from the ringside. However, fans of WWE are not happy with her Twitter post. It is already that there have been tensions between Jax and Baszler. Now the matches have connected them in a bitter scenario. During a match at the RAW, Shayna Baszler got a cramp in her leg during the match. The show didn’t fail to grab the opportunity and created a lot of tension by saying that it is done by Alexa Bliss. However, no clarification has arrived so far. It seems that they both are not ready to accept the defeat that the women tag championship yet.

Former champions are unhappy with the results? 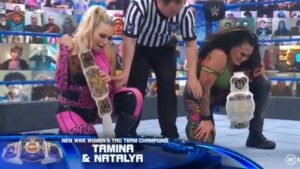 When the intense match got over Kayla Braxton entered the ring and gave an interview regarding the win. The emotions were out of control and they broke down with tears of joy. Jax took her Twitter and expressed her gratitude to Natalya. As a result, Baszler responded quickly by claiming that they won because of favoritism. The post-match interview was also received negatively by them. It seems that after losing the title one Jax and Baszler are planning to regain their lost glory.

They want to get the title of   WWE Women’s Tag Team Championships as soon as possible. It is not a big surprise as they have already defeated Tamina and Natalya at WrestleMania. Viewers can expect a new match between the two teams and let’s see what happens then. Apart from everything it has been a special night of success for both Natalya and Tamina. They are also receiving constant love and support on social media.