All the wrestling fans will be excited to know that WWE has officially announced a top match for WrestleMania 38.  The two wrestling stars that will compete against each other are WWE Champion Brock Lesnar and WWE Universal Champion Roman Reigns. According to another report by Marc Raimondi this match will be the main one at the event.

Contents show
1 WWE To Unify Titles With Brock Lesnar Vs. Roman Reigns
2 WWE may go for a brand split after WrestleMania 38
3 Lineup for the WrestleMania 38

It will happen at the night two of WrestleMania. Wrestling audiences will love to see another match between Ronda Rousey vs. SmackDown Women’s Champion Charlotte Flair. It seems that this lineup is going to be very entertaining. Here are more updates regarding this story:

WWE To Unify Titles With Brock Lesnar Vs. Roman Reigns 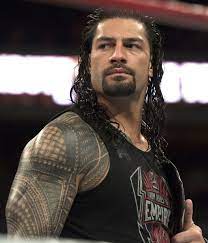 The Winner talks all match that will soon happen at WrestleMania 38 has an interesting lineup.  It will take place between WWE Champion Brock Lesnar and WWE Universal Champion Roman Reigns. However according to the latest updates it will now be a Title Unification bout. Currently WWE is updating the lineup every day and we can expect something interesting ahead.

The Brock VS Roman match is now advertised as “Winner Take All Championship Unification” match. Many wrestling fans must have noticed that WWE is making changes frequently on their website. They will continue to do so, while they announce the lineups for all the interesting matches.

WWE may go for a brand split after WrestleMania 38 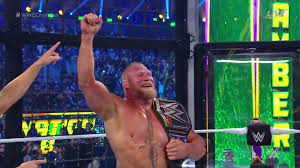 A lot of rumors are going around that WWE will possible plan to have a brand split after WrestleMania 38. Some may believe that the latest change in the lineup with Brock and Roman is the reason behind it. The wrestling audiences and fans of these wrestling superstars are very much excited to see them have a match. Brock VS Romans is all set to happen at the Night two of the WrestleMania.

Many people on the social media are busy predicting the winner already. Both wrestling superstars will sign their contract of WrestleMania at the SmackDown tonight. We all can watch the segment after the ending of SmackDown. It will give a clear picture of what WWE is planning for these two wrestling superstars.

Lineup for the WrestleMania 38

WrestleMania 38 will take place on April 2nd. The event will happen at the AT&T Stadium in Arlington, Texas. If you are not attending the event, catch up with the live coverage online. Below is the lineup that is announced so far: